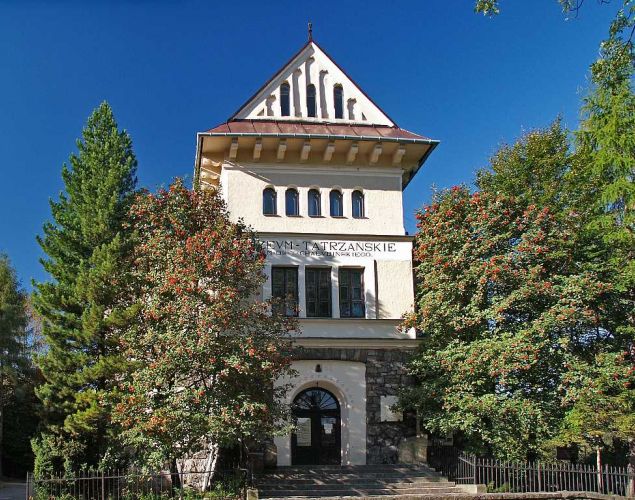 The main building of Tatra Museum is a valuable antiquity in Zakopane art style. Built in years 1913-1922 according to joint projects of Stanisław Witkiewicz (elevation) and Franciszek Mączyński (technical project). The main building of Tatra Museum stores permanent exhibtions: historical, etnographical and natural. All of which shows us history of the region and richness of Tatra and podhalan culture and nature.

Read more
The Stanisław Witkiewicz Museum of the Zakopane Style...

Koliba Villa – first home built in Zakopane style by Stanisław Witkiewicz's project. Located by Kościliska street, the oldest street of Zakopane, where antique housings and homesteads are found on every step. This surrounding makes Stanisław Witkiewicz's ideas easier to understand. Folklore-loving collector, Zygmunt Gnatowski from Jakimówka, Ukraine, decided to build a summer house in Zakopane. It was supposed to be highlander hut at first. Witkiewicz, however, managed to persuade Gnatowski to construct villa in Zakopane art style. Koliba ("shepherd's cottage") was raised in years 1892 – 93 by local builders. Its interior was also provided with furniture and equipment, with specially designed tiled stoves, corbels, curtains and even lesser smithcraft items like doorknobs and locks. 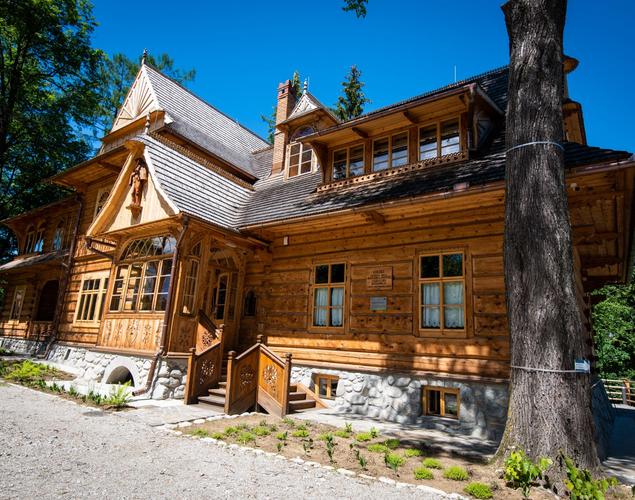 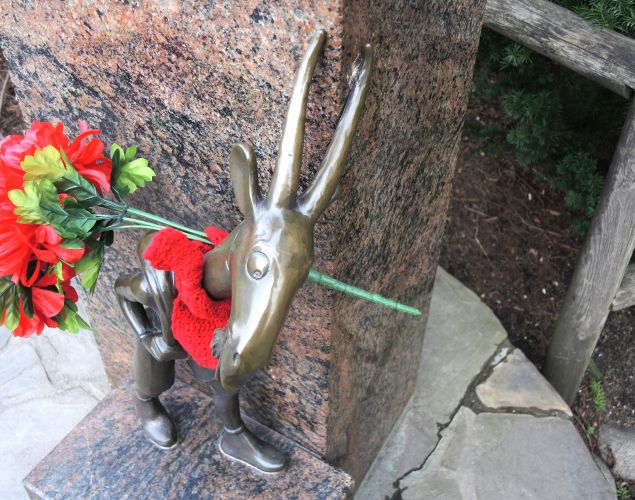 The Kornel Makuszyński Museum, a branch of the...

Kornel Makuszyński Museum is the second biographic-literary museum in Zakopane, after Kasprowicz's Harenda. It's located in villa "Opolanka", where Makuszyńscy family stationed during nearly annual summer and winter stayings in Zakopane. After the World War II they settled there for good. Lots of precious items and the whole, wide library of Makuszyński family was destroyed during World War II in Warsaw.

Read more
The Maria and Bronisław Museum of the Zakopane...

On july 1  2009, on the 120th anniversary of collection distribution for audience, Tatra Museum opened its another branch with permanent exhibition: Zakopane Style – Inspirations. Its main goal was to show the roots of zakopane style, which mostly were: folk architecture, highlander's hut furnishings and also 19th century entographical collections, most notably from Maria and Brosław Dembowski's contribution. 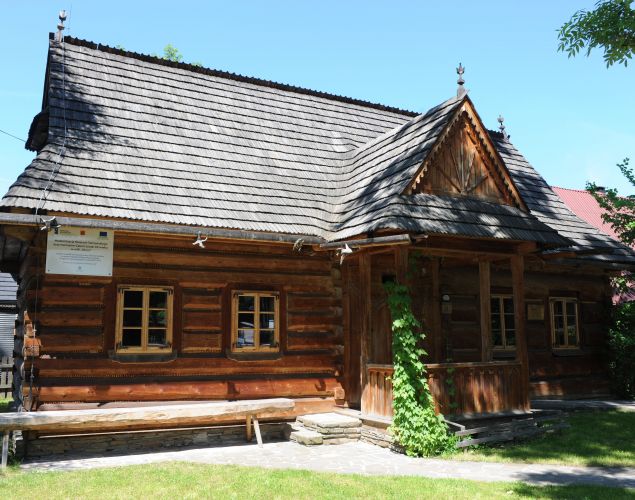 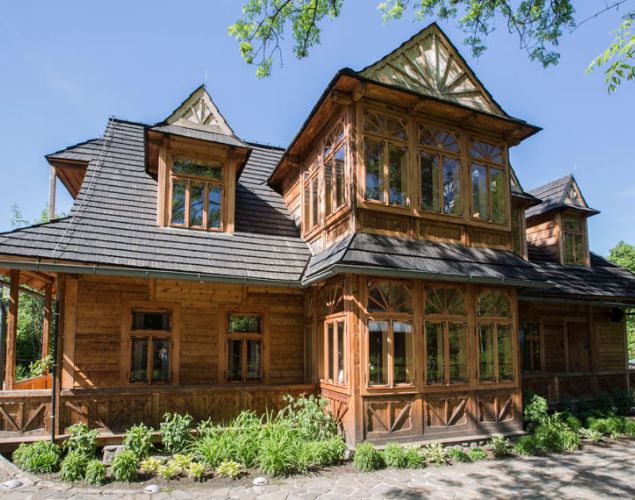 In villa Atma in Zakopane, there is the only biographical museum of Karol Szymanowski (1882-1937) in the world. The greatest composer after Frederic Chopin since early youth was happy to stay in Zakopane, and at the end of his life he settled permanently in villa next to Kasprusie street.

Zakopane in early 20 th century was a very popular place, attracting not only tourists and patients, but also social and political activists, painters, poets, scientists and physicians. Jan Kasprowicz visited Zakopane frequently, and when in 1923 he bought villa on Harenda, he settled here for good with his wife, Maria from the house of Bunin. The villa was often visited by Kasprowicz's daughters from his former marriage with Jadwiga Gąsowska – Janina and Anna. 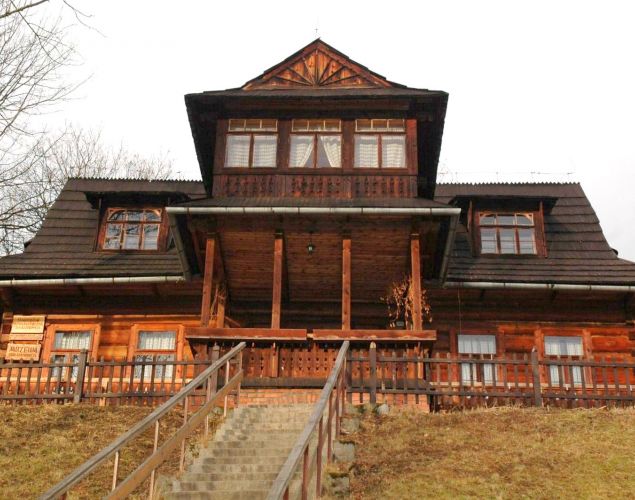 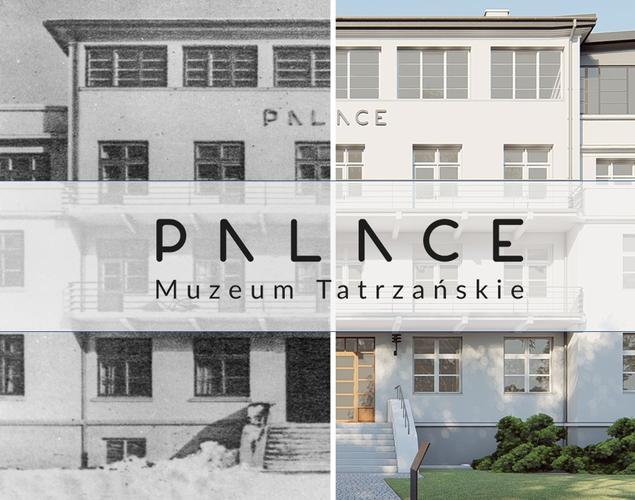 The Palace Museum of Struggle and Martyrdom

During the occupation, from november 1939, there was Gestapo headquaters located in Hotel Palace, where the basements were turned into prison cells. Palace, also known as "Torture Chamber of Podhale" incarcerated thousands of Poles. Most of them were tortured. Around 250 people were killed on the spot, while others were directed to other prisons and concentration camps. Among Palace prisoners were bl. fr. Piotr Dańkowski, Franciszek Gajowniczek, Tatra Couriers – Stanisław Marusarz, Helena Marusarzówna, Bronisław Czech and also dr Wincenty Galica, Marian Polaczyk, Władysław Szepelak. Later initiatives of these people allowed the establishment of small museum in 1994. The museum was runned by Museum of Fight and Martyrdom "Palace" Association, however its functionality lately became very limited. Since december 2016, thanks to the new administration with chairman Lucyna Galica-Jurecka (daughter of Wincenty Galica), the museum was restored and received support from local government and Mayor of Town Zakopane Leszek Dorula plus local associations and firms.

The Center carries out educational activities by running nature protection and Tatra mountain themed exhibitions, nature film showings, publishing press, teaching classes, contests and lectures. Nature Education Center TPN is the most up-to-date object of this kind in our region. It includes 4D cinema, the largest Tatra model in Poland, exploration hall and many other attractions. 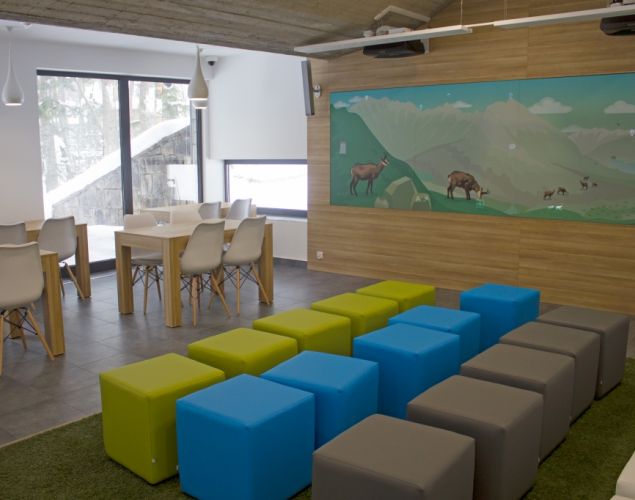 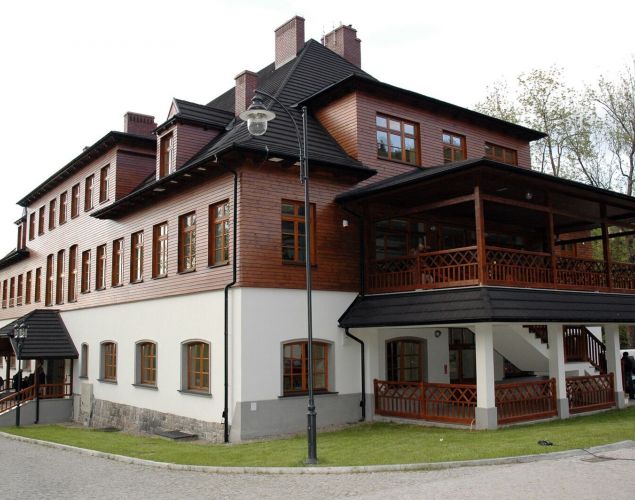 The road to the hear of the Tatra National Park runs through Kuźnice, which many tourists visiting Zakopane and TPN remember as the place where the lower station of the cable car to Kasprowy Wierch is located. Kuźnice is part of Zakopane located in the northern part of the Bystra Valley in the Western Tatras, where the trails to Kalatówki, Kondratowa and Giewont, Kasprowy Wierch, and the Gąsienicowa Basin begin.

Jan Krzeptowski Sabała, known as Sablik or Czakor (1809 - 1894). A folk storyteller, musician, hunter, companion of the Tatra expeditions of Dr. Tytus Chałubiński, a legendary Podhale figure. Born here on January 26, 1809, he was one of the four sons of Zofia (nee Tylk) and Jan Gąsienica. Together with his brothers, he assumed the surname Krzeptowski. In 1833, he married Teresa Walczak and moved his wife to the Sabała farm in Kościelisko. His brother Jędrzej remained in the hut on Krzeptówki. Sabała did not do much farming work. He was attracted to free life, hunting in the Tatras, old music and highlander songs, happy tales in chosen company. 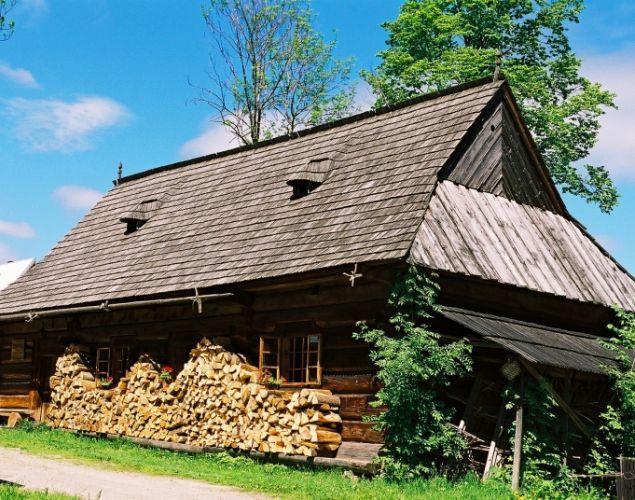