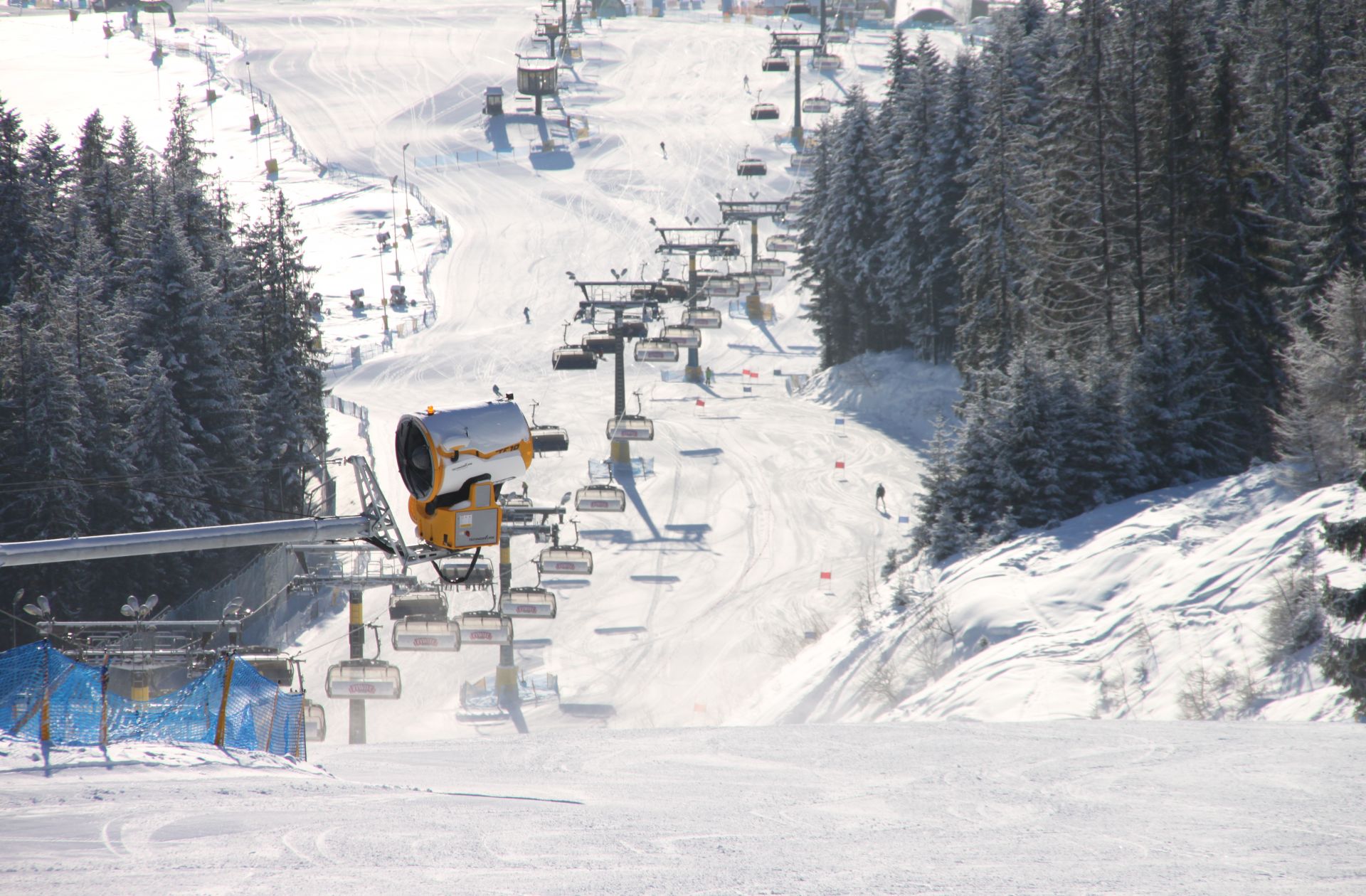 Although it may seem unbelievable, historians date ski as means of transport to 4000 years ago. There are experts who think first skis and their usage even 8000 years before Christ. As for the region preceding in this field, the historians also are not congruent – some think that first skis come from Scandinavia and northern-western Russia, some are sure that first snow gear was used by Central Asian folk, around Altai mountain.

Thankfully, Polish ski history is not so convoluted. In our country, first ski-ride lovers and enthusiasts were Stanisław Barabasz and famous sailor gen. Mariusz Zaruski. Historical sources say that around the year 1888, Stanisław Barabasz explored Jasło territory on custom-made skis. The first recorded ski trip in polish Tatry was directed toward Black Pond Gąsienicowy in 1891. Stanisław Barabasz himself venture into the same spot in 1894. This date was considered as the official beginning of skiing in Zakopane. At the end of the 19th century, Stanisław Barabasz moved to Zakopane and settled there, working as Vocational School of Wood Industry principal. His pupils crafted their first wooden ski. This prominent ski lover had one rule: he eagerly taught skiing only if each of his apprentices would share this knowledge to at least one person. A few years later, from Stanisław Barabasz, Mariusz Zaruski and Mieczysław Karłowicz's initiative, in April 1907, a ski promotion organization was established, known as Zakopane Tatra Society Ski Department.

In 1908 there was a first ski course in Zakopane for around 60 participants. Also in this year, Mariusz Zaruski and Henryk Bobkowski published Alpine ski guidebook. Ski section was very active, organizing courses and ski tours around Tatry Mountains. Thanks to that, a first polish guide, Zakopane and Tatry ski terrain guidebook by Mariusz Zaruski was printed. This was also the beginning of ski tour rides, so popular nowadays.

Surely, Zakopane is a cradle of polish skiing, reaching 120 years of tradition. The first ski club established here (SNPTT) is the oldest Polish organization of this kind, being active nearly without stopping. During the decades, sportsmen like Mariusz Zaruski, Bronisław Czech, Helena and Stanisław Marusarz, Józef Oppenheim, Aleksander Schiele, Franciszek Bujak, and Stanisław Zubek were among its ranks.

This is where, on December 26, 1919, the Polish Ski Association (PZN) was established, playing a key role in polish ski organizations. In the year 1910 in Goryczkowa Hall, the first international ski competition in Poland was held, assembling 150 participants from many countries. At the same time, the first ski jump competition was held. In next few decades the town welcomed best skiers from the whole world, hosting FIS World Cup three times (1929, 1939, 1962), guesting WinterUniversiade competitors three times (1956, 1993, 2001), and organizing World and Europe Cup in biathlon, Junior Cup in biathlon and speed skating Junior Cup. Also, there were international Norwegian combination, ski runs and slalom competitions held in town. Each year in January there is a FIS World Cup in ski jumping held in Zakopane.

We invite every ski and snowboard enthusiast to draw from winter offer of many ski slopes in town's territory. Classical skiing fans will certainly find something interesting on beautifully prepared winter tracks for cross-country skiing. Everyone who values freedom and adventure is welcome to fuse tourism with ski riding and to test their skills on ski tour routes on Tatry National Park territory. 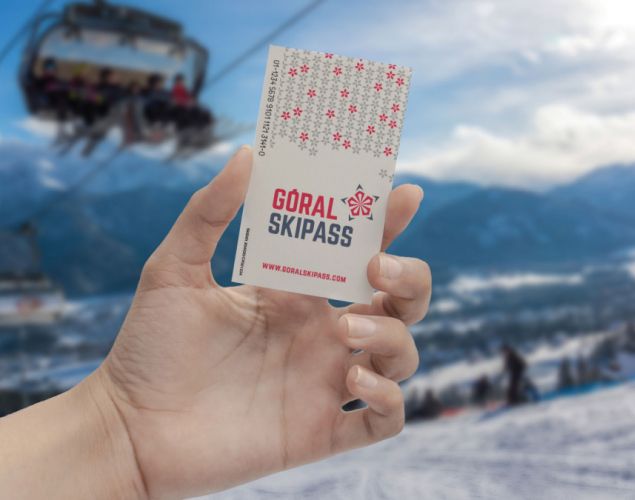 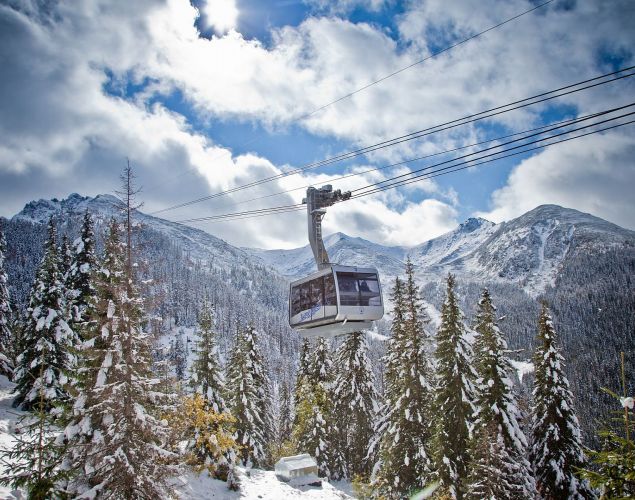 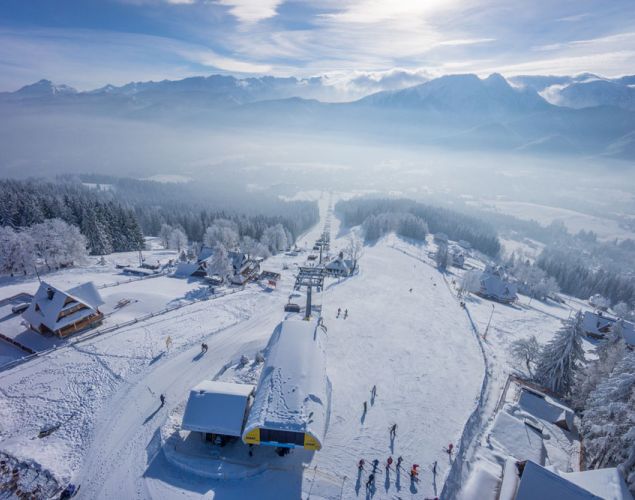 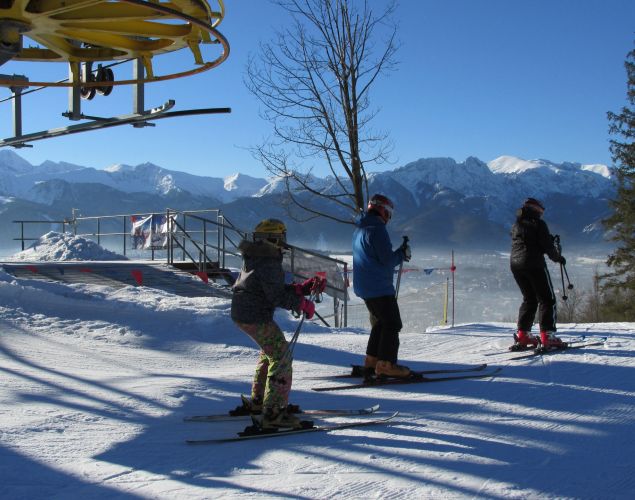