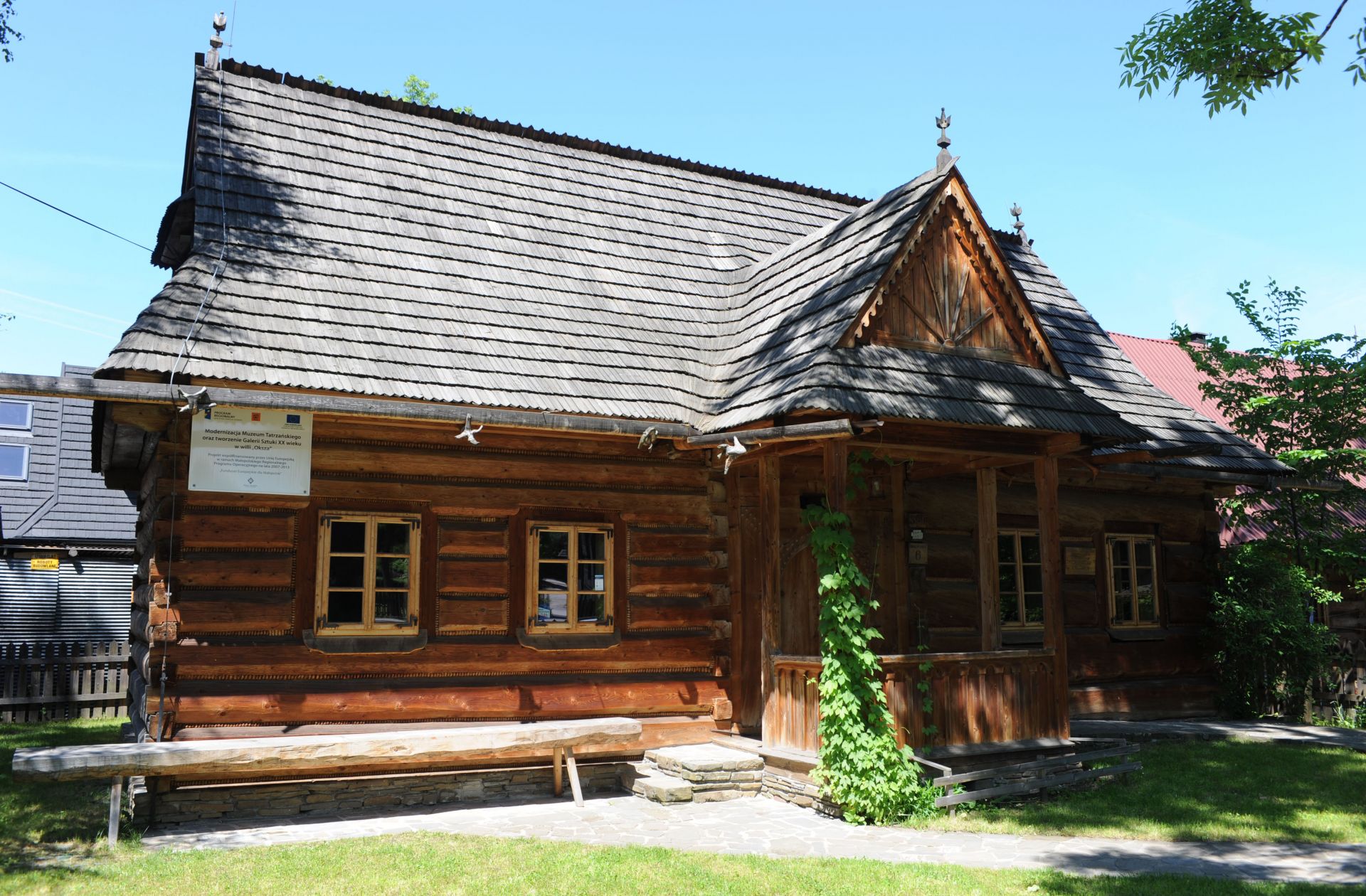 The Museum of Zakopane Style – Inspirations

The Museum of Zakopane Style – Inspirations

On july 1  2009, on the 120th anniversary of collection distribution for audience, Tatra Museum opened its another branch with permanent exhibition: Zakopane Style – Inspirations. Its main goal was to show the roots of zakopane style, which mostly were: folk architecture, highlander's hut furnishings and also 19th century entographical collections, most notably from Maria and Brosław Dembowski's contribution.

A place of exhibition – shack situated close to an old building of Kościeliska street, which belonged to Gąsienica Sobczak highlander family – is one of the most precious monuments of Zakopane folk architecture. Its oldest part was built around 1830 and its currennt state is a result of expansion, which took place at the end of 19th century.

The exposition is located in two front chambers of the hut. Black chamber, which served as the center of highlander family life is arranged much alike other 19 th century interiors, described by Władysław Matlakowski and known from drawings and writings of Stanisław Witkiewicz. Its furnishings include the oldest exhibits from Tatra Museum collections.

In white chamber – functioning more like a salon – collection from Maria and Bronisław Demboski is exhibited. Created in years 1886-1893, was later gifted to Tatra Museum in 1922. This set of nearly four hundred items includes glass painitngs, ceramics, spoon-holders, sculptures, outfits and shepherd items, while possesing unusually decorative form and rich ornamentation, used to serve as direct inspiration for Stanisław Witkiewicz designing useable items in Zakopane style. The first spoon-holder in collection was found by Maria and Bronisław Dembowski in highlander hut at Furmanowa in 1886.

As well as the main Museum of Zakopane Style, working from year 1993 in villa Koliba, its new branch creates new educational formations which allow to investivage the roots and inspirations, as well as new forms of architecture and useable art of Witkiewicz's design of first polish national art style – the Zakopane style.