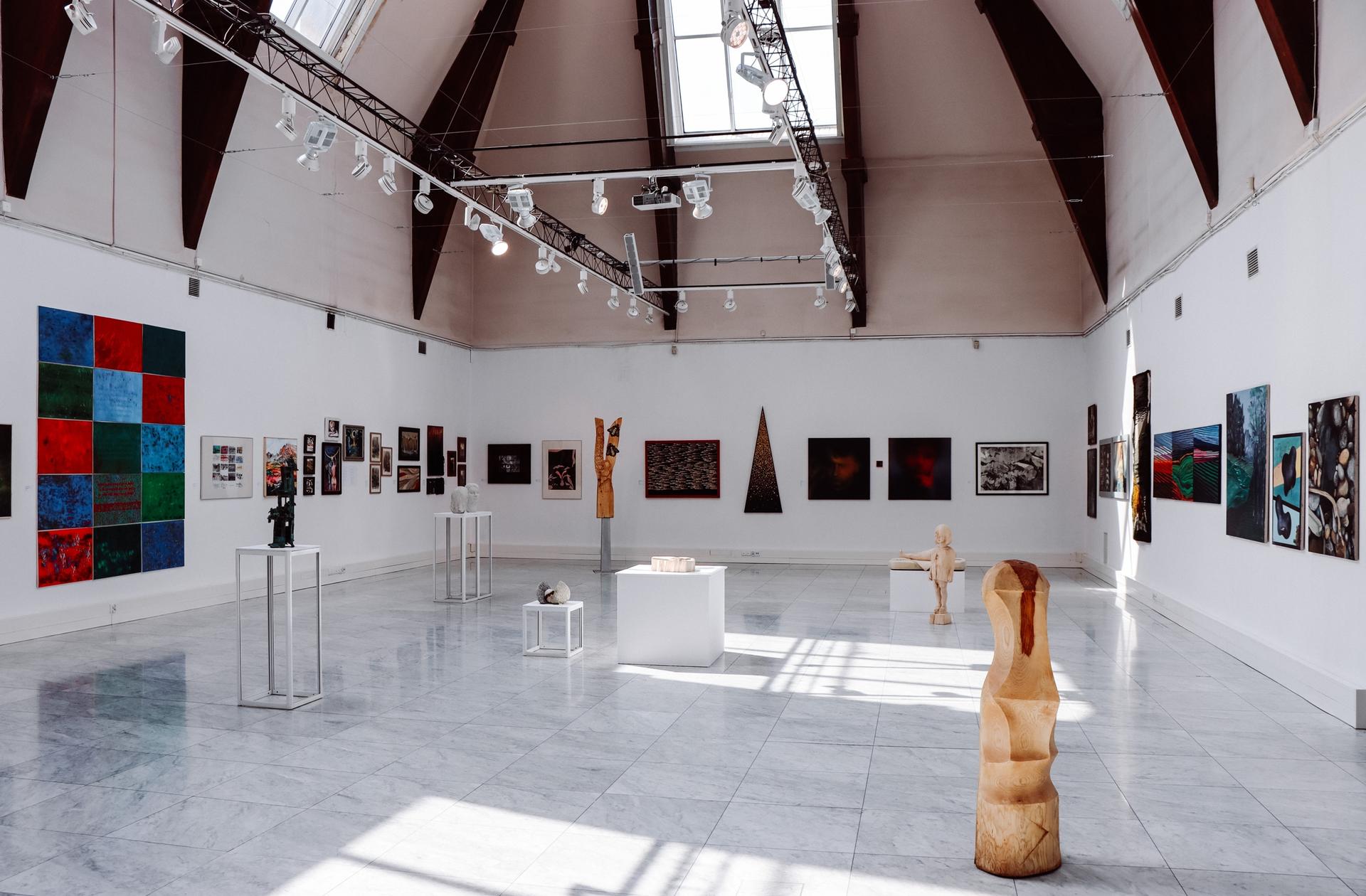 We present you the rich history of one of the oldest art galleries in Poland, the Municipal Art Gallery in Zakopane. It's beginning reach year 1911. In july of 1911, in newly opened and still yet unifinished Polish Bazaar next to Krupówki street, a new art exhibition was held. It was rather a contest, organized by manufacturer from Lódź, Henryk Grohlman, who was also an art mecenate and co-creator of Podhalan Art Association which by then was operating for three years.

Nearly thrity artists presented their works back then. This was the birth of one of the oldest art galleries in Poland. Very peculiar one, since it originally was stationed in a small village with no more than ten thousand inhabitants. The hall situated next to Polish Bazaar, which was raised by count Władysław Zamoyski's Kórnicka Fundation, immediatly became an artistic center. Profound polish arists exposed their works here, i.e. Władysław Skoczylas, Wojciech Brzega, Eugeniusz Skotnicki, Stanisław Ignacy Witkiewicz, Teodor Axentowicz, Xawery Dunikowski, Julian Fałat, Vlastimil Hoffman, Rafał Malczewski, Pronaszkowie brothers, August Zamoyski. This is where the famous Formistic Theater of Witkacy was active. After the World War II, gallery's publishing house was revived and in 1945, a painter artist Wojciech Fleck became the hall director. Since 1951 the hall was managed by Art Exhibition Bureau (BWA in polish; a branch of Central Artistic Exhibition Bureau in Warsaw), and later by Cracov delegacy of BWA. In the year 1977, by the Provincial Governor of Nowy Sącz's Ordinance, the Art Exhibition Bureau in Nowy Sącz GALLERY in Zakopane with Krzysztof Kuliś as director was established. Later on november 4th 1999, by the Marshal's Office resolution, the Art Exhibition Bureau of Lesser Poland in Nowy Sącz GALLERY in Zakopane was formed. In the year 1968 Anna Waloch is appointed as a chairman of BWA and runs the gallery till 2007. In years 2007-2016 Anna Zadziorko took this position. The gallery played its part in polish life of artistic avant garde, quickly becoming its central point. Especially the renowned March Salons which were a turning point in rejecting the Socialist realism period in art. The initial gatherings were the most prominent. This is where artists like Maria Jarema, Tadeusz Brzozowski, Jan Lebenstein, Kazimierz Mikulski, Jonasz Stern, Jerzy Tchórzewski, Wacław Taranczewski, Aleksander Kobzdej, Jerzy Nowosielski, Teresa Pągowska, Jan Tarasin, Piotr Potworowski, Jan Cybis, Tadeusz Kantor, Henryk Stażewski were presenting their works. This is also where Art Films Review, the only polish art film festival, was being held for years. The gallery became an important exhibition center on the map of Poland. Renowned guest artists like Jerzy Duda Gracz, Zdzisław Beksiński, Władysław Hasior, Jerzy Nowosielski, Zdzisław Beksiński, Jacek Waltoś, Stanisław Rodziński and Jerzy Bereś had their individual displays. Zakopane artists are, of course, regulars. Currently the gallery is dedicated to polish contemporary art exposition.

This is where the author meeting sessions, art film showings and poetry nights are being held. From 1977 chamber and commemorative concerts are added to repertoire. Other than this, the gallery also conducts contemporary art markets.

In january 1st 2001 Municipal Art Gallery was formed, located at Zakopane, Krupówki 41 street and was covered by Culture Institutes Register of Zakopane with registry in register volume RIK 2/2001 kept by Local Government in Zakopane. In june 31th 2002, by the resolution XLIII/436/2002, the Town Council announced count Władysław Zamoyski as the gallery patron. In 01.03.2016, according to XVI/252/2017 Town Council Resolution, with the day 18 december 2015, two of local institutions, Zakopane Promotion Bureau and Count Władysław Zamoyski's Municipal Art Gallery, were merged under Zakopane Cultural Center. The current Chairman of Zakopane Cultural Center is Beata Majcher with Lidia Rosińska-Podleśny as Vicechairman for Artistic Matters. 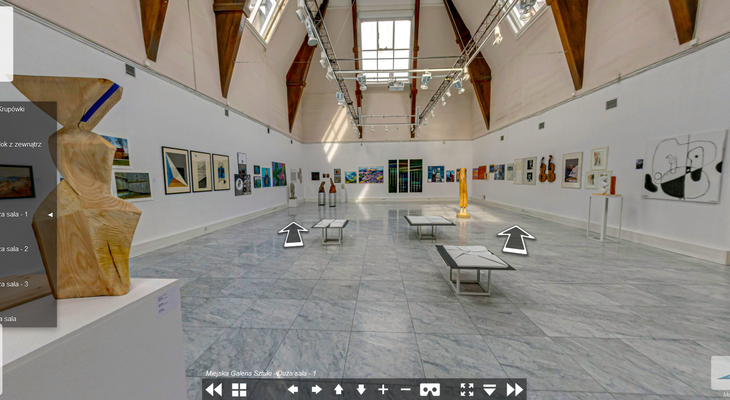 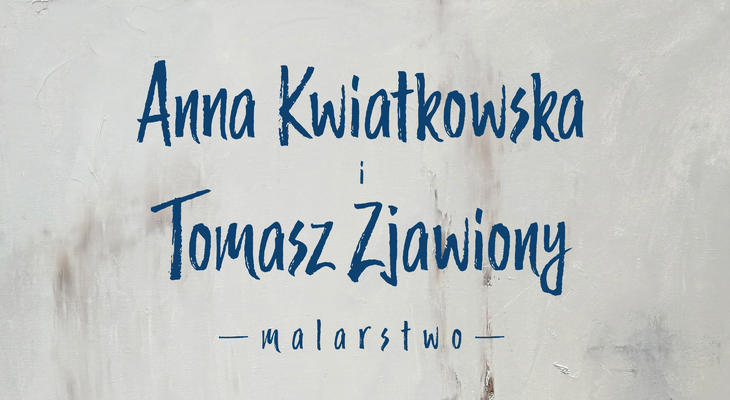 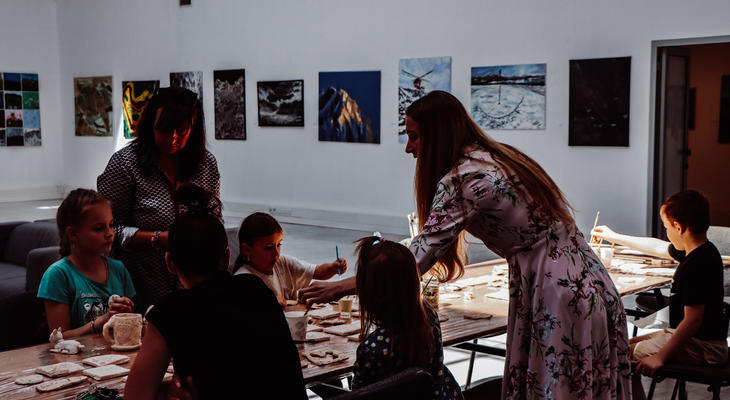 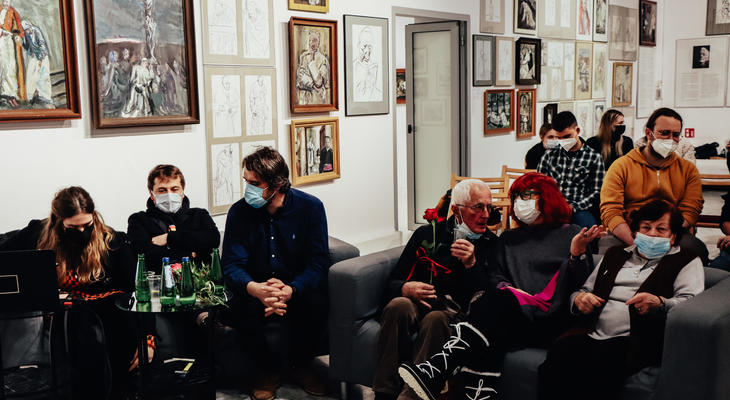 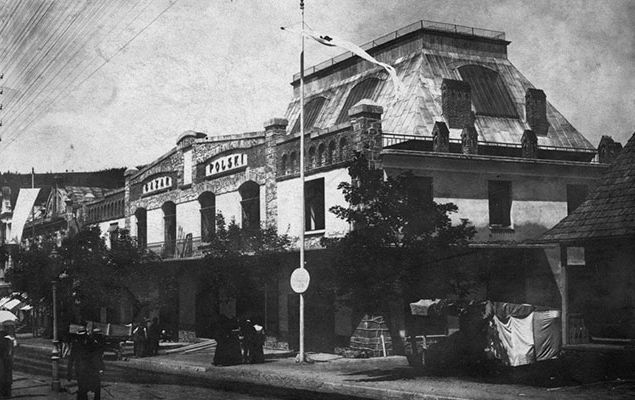