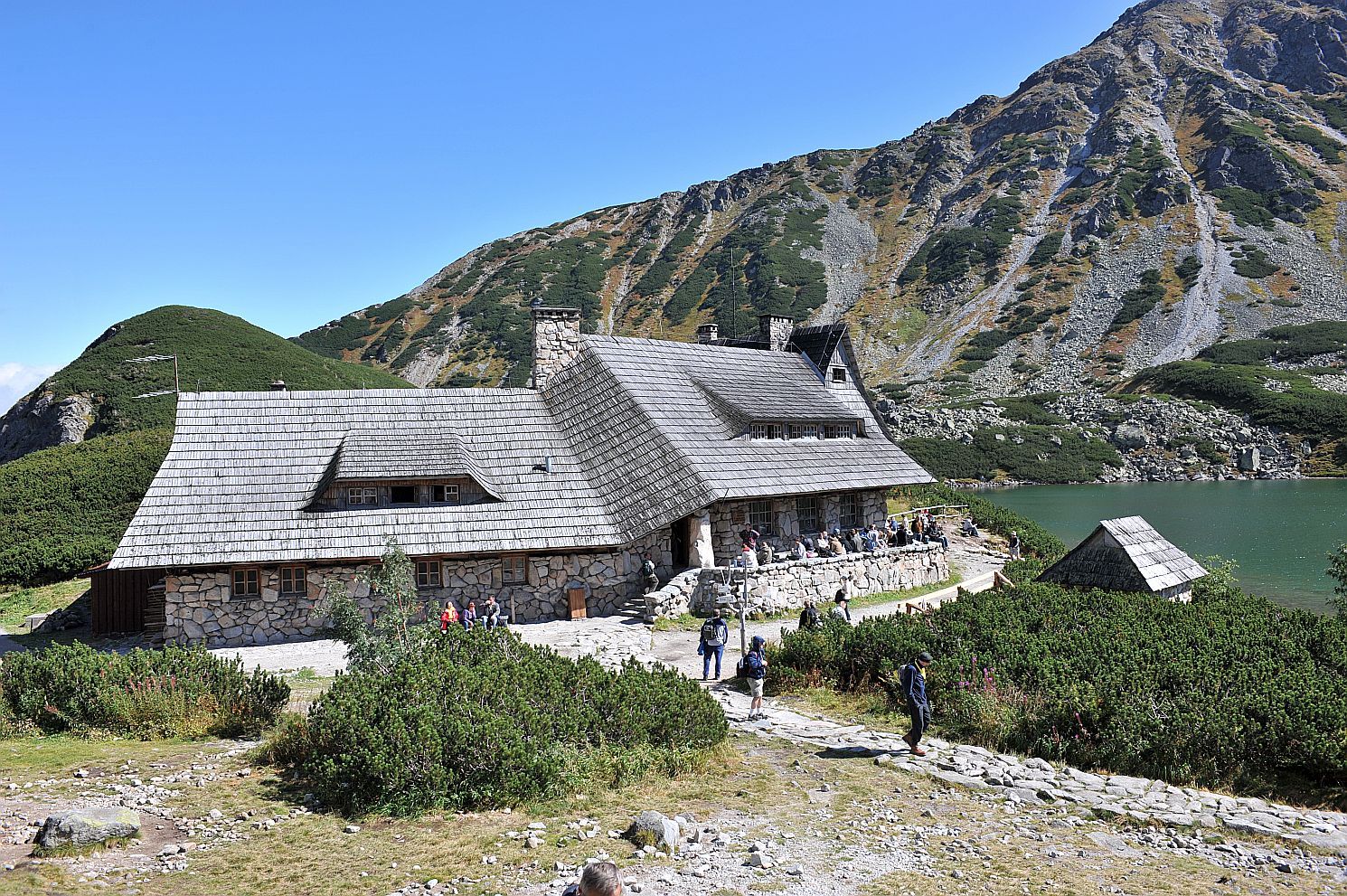 The highest situated shelter in Poland (1670 MASL), was built in years 1947-1953 near Przedni Pond. Its unusual atmosphere is held thanks to unique localization in the very heart of High Tatras. Many trails lead here, however they are accessible only by foot, through mountain paths. This is why shelter's visitors can be called true tourists, and it is them who play major role in creating this particular, one-of-a-kind atmosphere.

History
Old shelter in name of Ludwik Zejszner – Five Polish Pond Valley was a pastoral area in the past. Since the year 1637, Five Pond Hall belonged to Nowobilscy family. The remains of former pastoral economy to this day is a stone hut, serving as a refuge for first mountaineers and wanderers. It ceased functioning in 1876, when the first shelter above Mały Staw was created by Tatra Society's initiative. It was a small, one-room building made from granite blocks. Named after polish geologist, Ludwik Zejszner, shelter was often visited in summer, although deteriorated in winter, when it was left without care. Necessary renovations were conducted almost annually, which resulted in enormous costs. Due to that, Tatra Society decided to built a new, more comfortable shelter in 1896. Construction works started quite fast. Already in 1898 a new shelter was finished. It had wooden walls, stove and bunks. It was quickly appreciated by tourists because of convenience and better protection from cold. The building, being more and more popular, was renovated several times. In summer season it was managed by Jędrzej Nowobilski, Wojciech Budz, Jan Nowobilski and Maria Budzowa. In winter, starting from year 1907, a newly established Ski Section of Tatra Society hosted Five Ponds. During World War I, the shelter was destroyed few times, later brought back to use by High Mountain Company of Polish Army. After Maria Budzowa, the lease was overtaken by her daughter, Wiktoria Bigosowa. Shelter served tourists till 1924, when reformed Zakopane branch of PTT decided to allocate founds on next, new and bigger shelter.

Shelter building was designed by Wood Industry School principal himself, Karol Stryjeński. Construction process was full of zeal which was not stopped even by further transportation difficulties. The shelter was officially available to use only after seven years. A grand opening party, organized by Zakopane Branch of PTT and tenants Maria and Andrzej Krzeptowski was held in 1932. The shelter enjoyed its huge popularity. Already in 1933 it was decided to expand and warm it. The structure was covered by wall made of raw rock. After the renovation, which lasted merely a year, it could hold around 50% more tourists. Polish Ski Society had its camps here, with participation of such prominent figures as Helena Marusarzówna, Stanisław, Jan i Andrzej Marusarzowie, Marian Woyna Orlewicz, Helena Becker, Bronisław Czech. This was a golden age of interwar Tatra tourism. In the year of the outbreak of World War II, Andrzej and Maria Krzeprowski must have left the shelter, leaving it under Franciszek Gabryś' care. In the same year Maria Krzeptowska has returned and with her sons, Andrzej and Józef, she settled in Five Ponds. Partisan units were present in mountain area and the shelter inhabitants took a part in resistance movement. The shelter survived war and occupation period and suddenly, in may 1945, completely burned down from unknown reasons.
After the end of occupation, PTT was reactivated, but nobody yet thought about burnt shelter rebuilding. The decision about building another shelter was made by Andrzej Krzeptowski with his wife. Thanks to their contribution, a small wooden structure was placed above Small Pond. It was a first shelter reconstructed after the war in Tatra, which runned till 1954. Since 1968 there's a Tatra National Park outpost.

In 1954 the construction of current, fifth shelter was finished. Harmonious with environment, a timber and stone building (designed by Anna Górska, Jan Olaf Chmielewski, Jędzej Czarniak, Gerard Ciołek and Jerzy Mokrzyński) it's located in completely different place – on northern edge of Przedni Pound. In march 1956 was an official opening ceremony, with Maria Krzeptowska, as experienced shelter host, designated as manager. Despite many difficulties with supplying the shelter (horse transport, carrying commodities on backs), thanks to host's struggles the tourists were never lacking, considering shelter as hospitable and homely. For many years supply transport is conducted by special tractor to lower cable cart station, and from there directly to the shelter (at the steepest track fragment). There were sport camps (e.g. Mexico Olympics preparations), ski contests and many other events organized here. In 1957 Andrzej Krzeptowski with his son, Józef, took over Roztoka shelter and Maria with her son, Andrzej stayed in Five Ponds. In 1973 the management was held by brothers Andrzej and Józef with their wifes. Later shelter was taken care by Andrzej alone. In 1998 daughter Maria with her husband Kuba Marusarz joined him, and later a second daughter Maria as well. Shelter uses electric turbogenerator (Pelton turbine) with 50 kW constant power (maximum power is even higher) from Big Pound water.

Buffet
There is a large and very comfy dining hall located inside the shelter. Here you can eat kitchen dinners and your own eatables. Other than that, there is also a tourist kitchen for people with their own food.

Accomodation
Shelter offers 67 sleeping spots in 2, 4, 6, 7, 8 and 10-person rooms. Emergency bunks are granted only when there is possibility to go down at night. 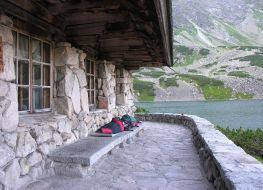 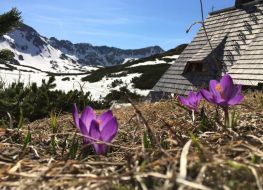 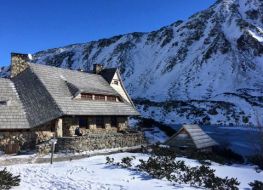 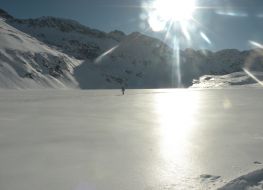 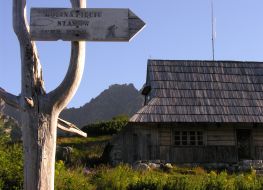 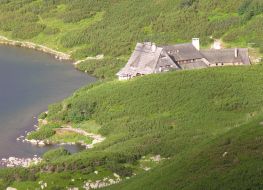