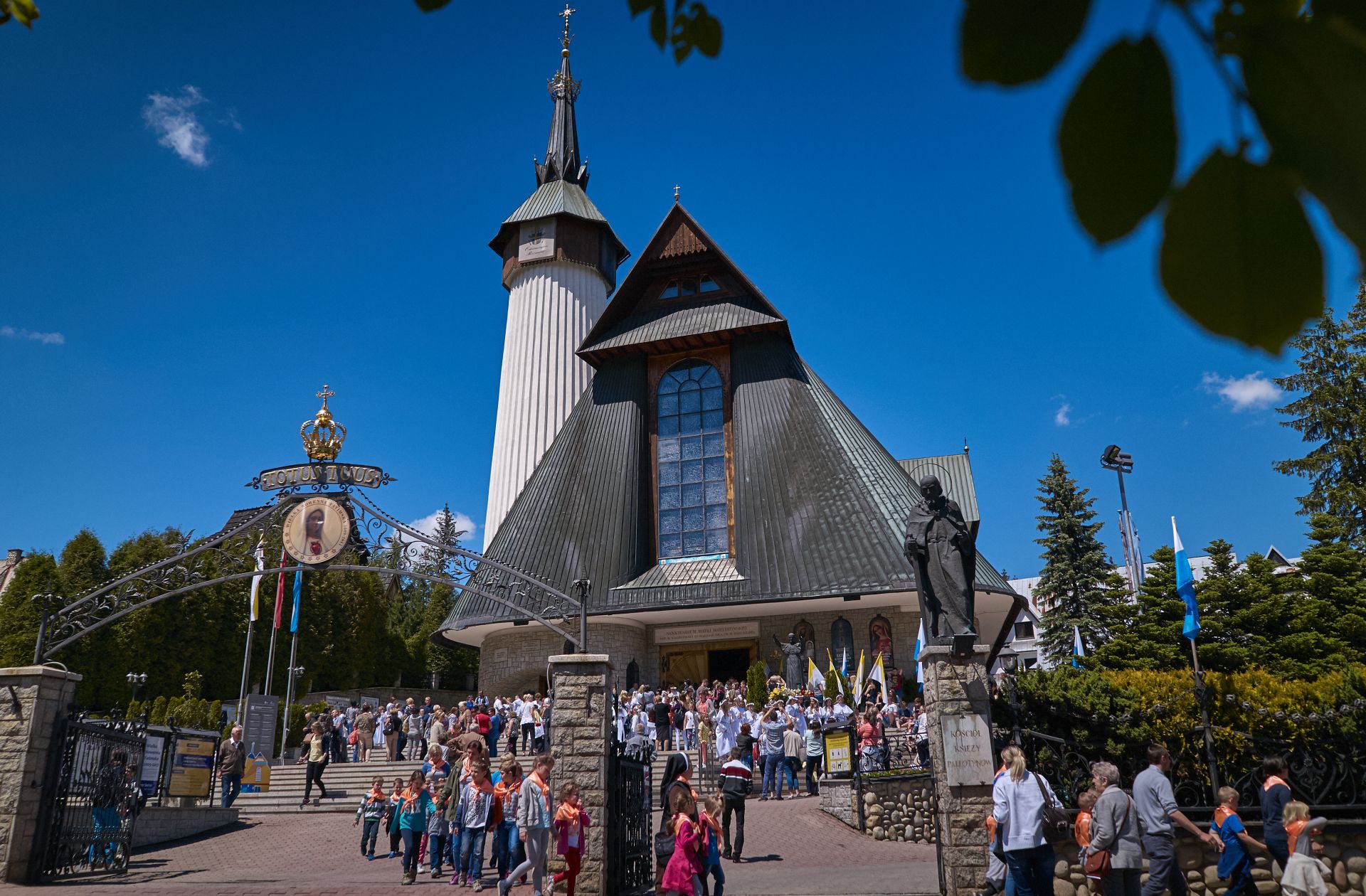 In fact, this street is a natural extension of the Kościeliska and Skibówki streets, also serving as a major exit thoroughfare from Zakopane in the westerly direction, towards Kościelisko, Chochołów and Czarny Dunajec. Its name comes from one of the prominent highlander clans - Krzeptowski. This is where Jan Krzeptowski Sabała used to live, but also many other members of this clan, working mostly as the Tatra guides.

We suggest taking a tour from the Sanctuary of Our Lady of Fatima, through Stare Krzeptówki, where the Sabała Hut is located, all the way to the Dolina za Bramką valley.

Sanctuary of Our Lady of Fatima, Krzeptówki 14 st.
Available to visitors apart from the service hours.

The history of the sanctuary dates back to 1950, when the Pallottine priests settled down at Krzeptówki. In the early 1960s, the original statue of Our Lady of Fatima found its way to Krzeptówki, as handed over to Cardinal Stefan Wyszyński by a bishop from Portugal. The then bishop of Kraków, Karol Wojtyła, consecrated the statue. Presently, it has its home in the Chapel of the Immaculate Heart of Virgin Mary.

In 1976, a pastoral centre was established at Krzeptówki, and in 1983 - a parish of the Immaculate Heart of Virgin Mary. The first parish priest was Fr. Mirosław Drozdek. In June 1987, the construction site for the church was hallowed, the church itself meant as a "votive offering for the miracle of saving the Holy Father" during the attempt on his life on St. Peter's Square in Rome, on May 13, 1981.

The Sanctuary was built to the design of Stanisław Tylka from Zakopane. The interior owes its character to the input of several architects and interior designers assembled by Fr. Mirosław Drozdek, let alone his own creative contribution. The construction was completed in 1992, whereas on June 7, 1997, during his papal visit to Zakopane, John Paul II consecrated the temple. He is depicted both on the stained glass windows, and in the several scenes of the Way of the Cross there. At the bottom of thesloping gardens, right behind the church structure, there is an altar carved by Marek Szala, at which John Paul II celebrated mass at the foot of the "Wielka Krokiew" ski jump facility in 1997.

Following the visit to the Sanctuary we walk along the Krzeptówki street for a while and then turn left into the side street of Stare Krzeptówki, at the end of which there is the Sabała Hut.

The hut dates back to the turn of the 18th and 19th centuries. Jan Krzeptowski Sabała, a highlander, hunter, folk musician, accomplished storyteller, and a Tatra guide who headed the famous "mountain hikes with no agenda" into the Tatras accompanyingDr Tytus Chałubiński. The Sabała Hut is also well-worth visiting in view of its original architecture. It is the oldest exemplification of highlanders' construction craftsmanship in Zakopane. Itwas built by Sabała's father in the typical Silesian-Spisz style.

We continue the walk along the Stare Krzeptówki street which ends in about 50 meters giving into a dirt road which leads slightly uphill to the Droga pod Reglami pathway. Once there, we end up at the mouth of the Dolina za Bramką valley.

A pretty narrow, rather shaded Sub-Alpine valley cutting right into the rocky Łysanki massif. Just perfect for a leisurely stroll, especially on a hot day. The trail runs along the Za Bramką stream, while all around there is an abundance of dolomite and limestone rocky outcrops, the Jasiowe Turnie among them. The stream runs down a series of small cascades weaving its way through several rocky gates. The trail is some 700 meters long, elevation difference - 70 meters, uphill walking time - approx. 25 minutes. 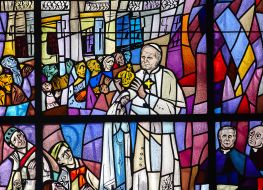 Our Lady of Fatima Sanctuary 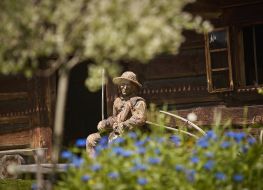 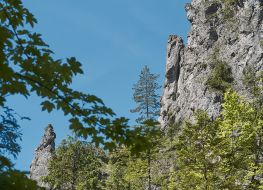 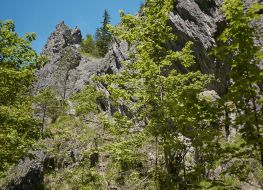 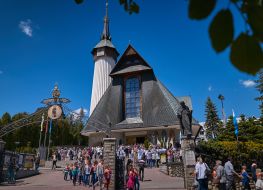 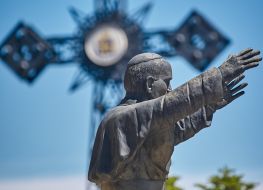