Skiing is not necessarily associated with riding at the lifts. More and more people choose skiing away from designated paths - ski-touring. The Tatras are a great place for this type of recreation. A thickcover of snow, kilometers of trails, peace and quiet favor the selection of this form of activity.

In recent years, ski mountaineering, ski tourism and skituring have become increasingly popular among skiers and mountain lovers. Probably because of the freedom that this sport gives in moving and contact with the beauty of nature. In the area of Ornak, there are several beautiful skim routes, such as the Ornak Ridge - the exit to Chochołowska - a selection of trails, Polana Tomanowa to Czerwone Wierchy or from Wyższa Kiry Miętusiej to Czerwone Wierchy.

For several years in Poland, there has been a noticeable increase in interest in an alternative form of skiing, namely skim skiing, a combination of downhill skiing and winter mountain tourism. Just at the beginning of the 20th century, the pioneers of skiing in Poland - Stanisław Barabasz, Jan Fischer and Mariusz Zaruski - gained Tatra's peaks and passes by just going skiing. Contrary to what some people think, this is not a new form of physical activity, but rather a return to the roots of skiing. Hardly anyone realizes that the first ski entrance and exit from Kościelec, a mountain that even some tourists have many technical problems in summer, took place in 1911! It was made by the famous skiing enthusiast general Mariusz Zaruski. Wojciech Szatkowski is a great expert and enthusiast of skiing and skitouring history, who together with Mateusz Mroz decided to create a Skitur Guide to the Polish Tatras in a very accessible way to present the routes available in the Tatra National Park. And there are a lot of them, because, according to the Director of the Park, all routes available in the winter for tourists are also open to lovers of skitouring!

There are 275 km of trails in the TNP, although not all are suitable for this beautiful sport. According to the preliminary calculations of the SkituroweZakopane.pl project, skimmers can enjoy two hundred kilometers of trails as part of 50 skim tours!

The goal of the SkituroweZakopane.pl project was to present in a clear and transparent way all available trail routes in the Polish Tatras with three basic assumptions:

- improving safety in the mountains

- development of skitouring in Poland

- creating a community around skitouring in Zakopane

Since 2015, the authors of the project began work on multimedia ski guides in the Tatry Mountains, thanks to which over 20 ved-lines for amateur skitourists were created. Each route is accurately described, the degree of difficulty of both approach and descent is given, the necessary equipment and recommendations for what season the route is best suited (winter / spring). What's more, it is also possible to use the prepared filters on the site, thanks to which the skimmer can choose the difficulty level of the route. These guides can be found on the skitour page project page. SkituroweZakopane.pl also has its profile on the you tube channel, where we can find a series of guides on what skitouring is at all, what equipment we need to practice this discipline, or technical advice on how to do so. bows on the approach.

Seeing the enormous potential in this form of sporting activity, the City Hall of Zakopane has established cooperation with the creators of the SkituroweZakopane.pl project, whose aim is to co-finance the creation of successive sections of videotrems! Below we present the effect of our cooperation below - the first episode of a videopram funded by the city of Zakopane. 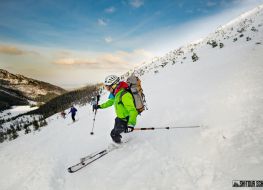 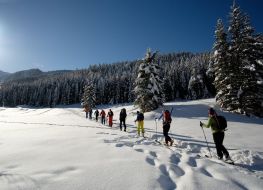 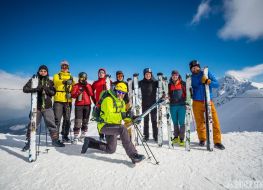 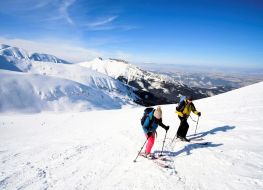 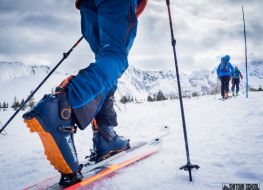 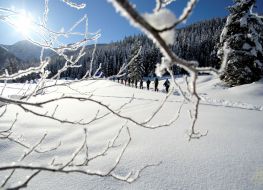 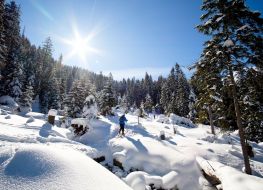 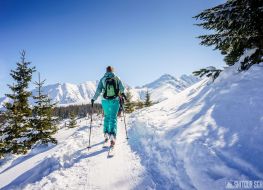 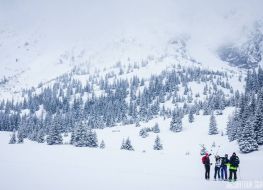 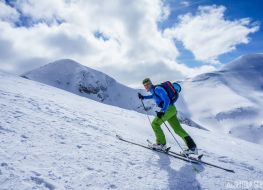 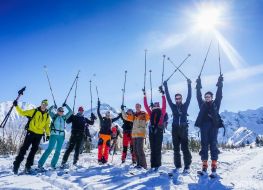 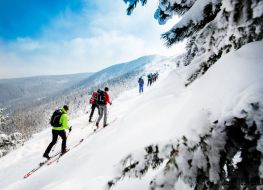 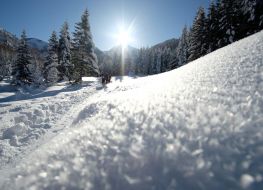 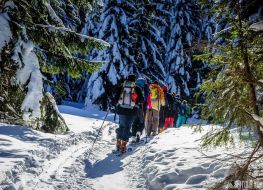 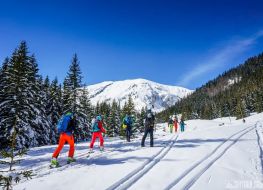 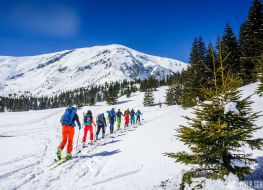