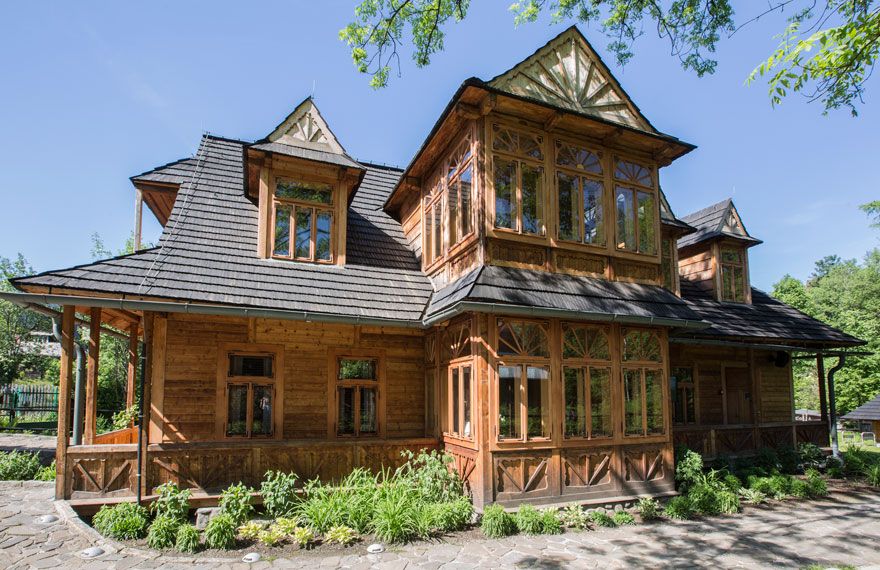 In villa Atma in Zakopane, there is the only biographical museum of Karol Szymanowski (1882-1937) in the world. The greatest composer after Frederic Chopin since early youth was happy to stay in Zakopane, and at the end of his life he settled permanently in villa next to Kasprusie street.

The willingnes to create Szymanowski's Museum in Atma was announced by composer Michał Kondracki already in year 1937. After the war such efforts were undertaken by Szymanowski's niece, Krystyna Dąbrowska, however it was not until 1967 when Zdzisław Sierpiński, music critic from "Życie Warszawy", successfuly addressed this case. Soon after another musical critic and writer, Jarzy Waldorff, under Warsaw Music Society, formed a social commitee for purchase and renovation of Atma. In 1974 the villa was transfered to National Museum in Cracov and two years later, in march 6 1976, it was open to the public. On the ground floor the exposition dedicated to composer and his connection to Tatra and Zakopane was opened. Most of exhibits come from Szymanowski's niece, Krystyna Dąbrowska's contribution.

Villa Atma was built in 1890 as typical guest house, one of many in late 19 th century Zakopane. Constructed by Józef Kaspruś-Stoch, Atma was angled directly at tourist, to whom it owes its original name. In sanscrit it means as much as "spirit". Architecturally its one of the Zakopane style exemplars, introduced by Stanisław Witkiewicz.

Located at the villa's main floor, the museum presents basic information about life and art of composer, showing his connection with Zakopane and Podhale folk, cummulating his personal things and sharing the reconstructed office of Szymanowski. This branch of National Museum in Cracov was made over in years 2011-2013. Thanks to EU funds and Ministry of Culture and National Heritage's support, the place gained new installations, facilities for disabled and improved preservation means.

To satisfy the needs of modern audience, multimedia were installed in new interior, displaying composer's biography, Atma's history and setting the stage for the atmosphere of Karol Szymanowski's times.

Opening hours
tuesday – sunday from 10.00 to 17.00
Last visitors are being let into gallery and for exhibitions only 20 minutes before closing. Cash register, shop and cloakroom are closed at 17.00.