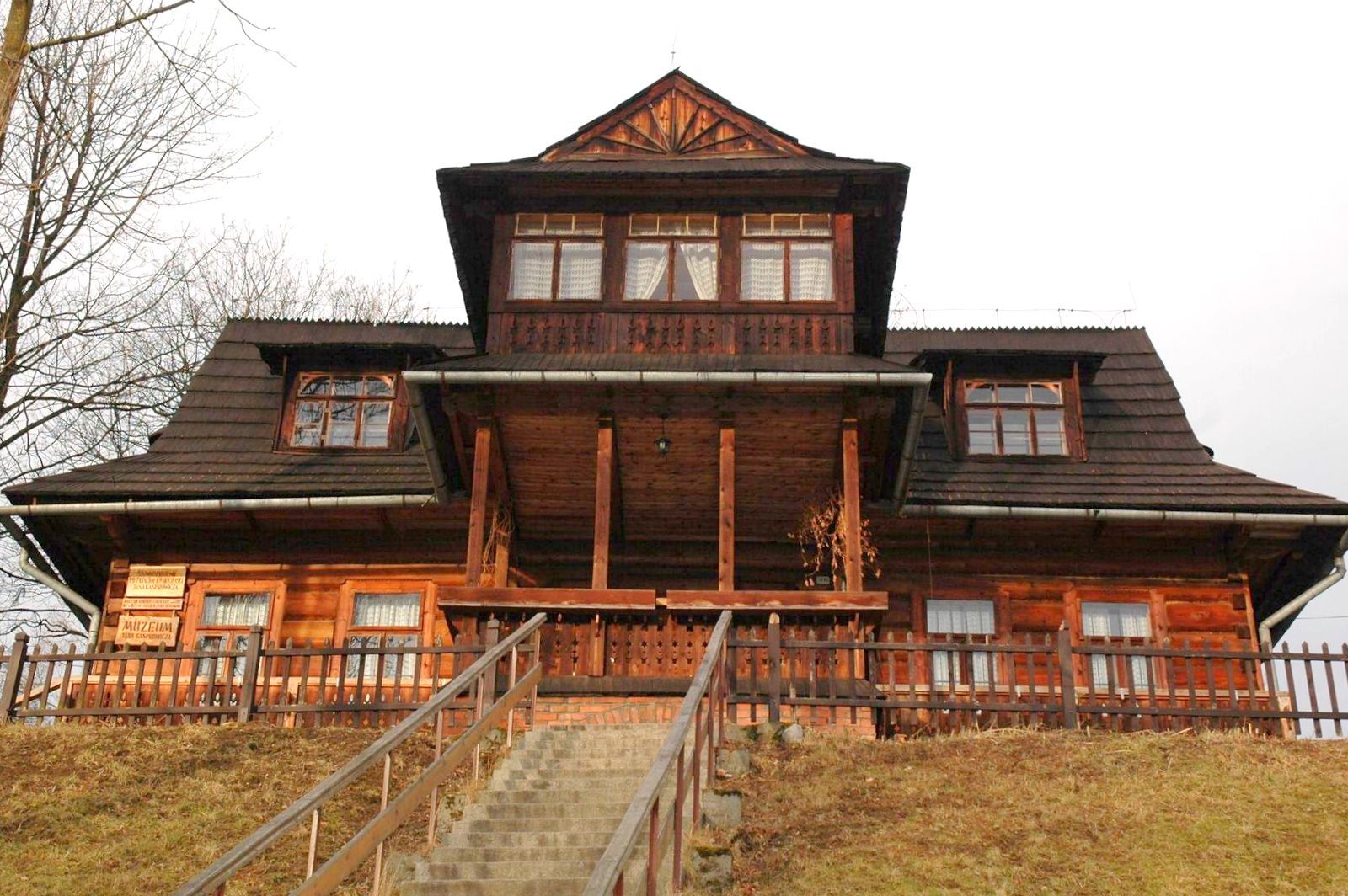 Zakopane in early 20 th century was a very popular place, attracting not only tourists and patients, but also social and political activists, painters, poets, scientists and physicians. Jan Kasprowicz visited Zakopane frequently, and when in 1923 he bought villa on Harenda, he settled here for good with his wife, Maria from the house of Bunin. The villa was often visited by Kasprowicz's daughters from his former marriage with Jadwiga Gąsowska – Janina and Anna.

Jan Kasprowicz is above all known as a poet from Young Poland period. Author of such poems as "Krzak dzikiej róży" ("Wild rose bush") and "Księga ubogich" ("The book of the poor"), european literature translator, writer of dramas and theatrical reviews. Not only a famous poet and renowned professor of University of Lviv but also cheerful companion for evening at café, with many friends like Stanisław Żeromski, Leopold Staff, Witkacy and others.

From the year 1950 Kasprowicz Villa in Harenda is his museum. The entrance leads to veranda, decorated by Kasprowicz's favorite nasturtiums, where magnificent view on mountains spreads wide. The house itself was built in 1920 by Jan Fudala Kluś as a guesthouse.

Shortly afterwards, the house was sold to english painter, Winifred Cooper, and then repurchased by Kasprowicz. The basic design is modeled on typical highlander hut with vestibule at entrance (here: dining room), "black chamber" on the left (salon), "white chamber" (sleeping room) on right side. Apart from those rooms, the villa houses an office, kitchen and an attic. In Harenda villa both dining room, salon, sleeping room and Władysław Jarocki's (Kasprowicz's son in law) art gallery are available for touring.

Exhibition includes poet and his family memorabilia with furniture, paintings, books and photography. The interior is left in the same state as it was handed out by Maria Kasprowicz, died in 1968. Pastel portraits made by Stanisław Ignacy Witkiewicz in the salon are exeptionally interesting. One of them shows Kasprowicz just before his death, and the other one is of his wife in 1937. Also there are two sculptural representations of poet: death mask took at the day of his passing by highlander artist Stanisław Gąsienica Sobczak-Kochym and his head sculture made in 19 th century by Antoni Popiel.

As for dining room, the furninture is designed mby Władysław Jarocki and made in Lviv. On the walls hang the highlander glass paintings collected by Jan Kasprowicz and his wife's portraits. Harenda Museum is being managed by Friends of Jan Kasprowicz's Writing Association for years.

Beside villa, among the trees stand granite mausoleum built from Maria Kasprowicz's initiative. The poet was buried in Old Cementary at first, but when the mausoleum was finished in 1933 by Karol Styjeński's plan, Kasprowicz was moved there.

Rich legacy of Jarocki, gathered in Jan Kasprowicz's home, consists not only of various ethnic polish regional depictions, but also of native sceneries, marine included. The collection is also enhanced by mediterrean landscapes and polychrome and architectural projects. What's important, collected works of Jarocki present a wide overview of his works, from well received and awarded paintings, enough to say that he was appointed as Academy of Fine Arts in Cracov professor in 1920, was a member of Polish Artists Association "Sztuka", Vienna's Secession and of Société National des Beaux-Arts in Paris, to his later works with much lower art quality.

From many other places, it was decided that the house of Jan Kasprowicz would be best suited to exhibit main paintings or hucul and podhalan litographic works. Not only because of museum's atmophere, but also quality of such works. Genre scenes showing highlanders from Zakopane and eastern Karpaty seems like a part of the same art trend that rushed Paul Gauguin to Bretania, Martinique and Thaiti at the end of 19 th century, to search for non-urbanized, primal worlds where archetypical, untouched ideas were lasted.

Władysław Jarocki (1879-1965) paintings exhibition was arranged by students of Painting Department of Fine Arts Academy in Cracov. Thanks to support of dr Adam Arganisty and his students we received a beautiful display which extracted even more trasured from museum's collections.