Zakopane - the hub of the world

Zakopane is the highest located town in Poland. Its administrative borders also embrace part of the Tatra Mountains range, where the summit of Mr Świnica at 2301 m above sea level makes the highest point.

A mountain resort of Zakopane is located well within the Sub-Tatra Trench, demarcated from the north by the Gubałówka hillside, and from the south – by the Tatra Mountains range. Kornel Makuszyński once wrote: "To the left towers Mt Giewont, to the right there the Gubałówka hillside, while in between these two – rain just keeps pouring". Fortunately enough, it is not as bad as the writer would like us to believe.

The first settlers may have arrived here in the 15th c. They would start off by felling spruce and making spacious glades, to make way for their settlements. This log clearing business on the glades – in local dialect "kopane" – may have something to do with the actual origins of the village's name. Za-kopane (located behind the cleared glades). The first settlements on the cleared glades belonged to the highlander clans of Gąsienicas, Topórs and Jarząbeks. The location privilege for the village of Zakopane, originally issued by King Michał Wiśniowiecki in 1670, expressly endorses the proprietary rights of the village residents, reportedly acquired as far back as 1578 from King Stefan Batory (the original document is presumed lost). The original document in which the name "Zakopane" is first mentioned originates from 1615, and confirms the proprietary rights to the glade of the name to be held by the Rubzdel clan (or more likely by the clan of Gąsienicas given the Rubzdel nickname).

The following stage of Zakopane's development is associated with mining. Iron ore was intensively mined here in the 19th and 20th centuries, mainy on the slopes of the Jaworzynka and the Kościeliska Valleys. Eventually Kuźnice was established – at the time the very hub of Zakopane, where a large smelter was set up, and a manor house built for the owners of the smelting business – the Hungarian Homolacs family.

This was also the time of great explorers of the Tatras – academics, ramblers, mountaineers, poets, and assorted free spirits. By the end of the 19 th c. Zakopane became also a spa resort specialised in treating tuberculosis, which at that time used to reap a deadly harvest. Pulmonary sanatoriums soon mushroomed in the both Zakopane and nearby Kościelisko. Sun deck lounges, nighland diet, and innovative tratment with the whey of ewe's milk tempted lots of enthusiastic volunteers to sample an unique experience. Among the health resort visitors there were prominent writers, musicians and artists. All this was played out against the background of Poland's lost political sovereignty (i. e. The period of foreign partitions by Austro-Hungarian Empire, Russia and Prussia). The region of Galicia, where Zakopane was located, was anything but prosperous, yet personal freedom could be enjoyed here far more openly than anywhere else under the other two foreign partition regimes. Boasting already the status of a summer capital of Poland, Zakopane was also deemed its cultural and artistic hub, a virtual hub of the world, as it were, for it was here that all current artistic, literary and musical trends would come into a perfect focus, whilst creatively colliding with boisterous highlander culture, and then coming very much into its unique own.

At the time, getting down to Zakopane was not altogether an easy task. It would usually take a two-day ride in a horse-drawn carriage from Kraków. This is why the construction of the railway in 1899 all the way up to Zakopane was deemed such a revolution. The first train proudly puffed its way into the Zakopane raiway station. Spirited protests staged by the horse cabbies, who were supposedly standing across the tracks baring their buums in a rude gesture, came to no avail, though. In the 1930s, the Luxtorpeda luxury fast train operating the Krakow – Zakopane service would cover the entire distance in just 2 hours and 18 minutes. In 1933, Zakopane was eventually granted its urban charter. A record-breaking completion time (just under a year) of the cableway construction to Mt Kasprowy Wierch made Zakopane one of the most popular ski resorts in Europe. The town also gained a prestigious title of the winter capital of Poland.

Presently, Zakopane boasts approx. 27,000 residents. It is estimated that approx. 1.5 million visitors swarm into the town every year.

Hub of the world

Rafał Malczewski (1892 – 1965), an oustanding painter, writer and keen mountaineer, named Zakopane of the 20-year interwar period "the hub of the world". This proud alias has stuck to the place located at the foothills of Mt Giewont ever since. The only place in the world which in the 19th c. began to undergo such dramatic changes. This was not only due to its stunningly scenic location at the foothills of the Tatras, but mostly to the people living there, be that local Highlanders or the visitors, i.e. celebrated artists, eminent academics, and all sorts of free spirits who finally found their true inspiration and made a home here. It is thanks to them that presently Zakopane boasts so many unique places, artefacts, and historic sites that actually make up its truly inimitable audience.

Let us havea peek into the Villa Oksza, and soak up the artistic ambience of Zakopane, as once made by Witkacy, Rafał Malczewski, Zofia Stryjeńska and Wojciech Brzega. Or let us pop into the Villa Atma, surrounded by a garden uncannily reminiscent of the one from the times when Karol Szymanowski, an eminent composer, used to live here. Sitting quietly in a pew of a wooden old church at Kościeliska street we might just possibly make out the words of the first sermon delivered to the Highlanders by RF Józef Stolarczyk, its first parish priest. When atop Mt Kasprowy Wierch, let us have a good look round at the mountains, just like pope John Paul II used to, ever so fond of coming up here. Walking through a maze of Zakopane streets, let us stop by the Astoria Writers' Union Guesthouse – it was here that Wisława Szymborska was first told about her winning the Nobel Prize in Literature. At the old cemetery at Pęksowy Brzyzek we are bound to find the mementos of celebrated Tatra guides, TOPR mountain rescuers, eminent artists, and Tatra WWII courists. Let us remember the young and beautiful Helena Marusarz who, executed by the Gestapo, never managed to develop her brilliant skiing career. Let us stop by Sabała's log cabin, and we might possible hear him still chatting to Henryk Sienkiewicz or Dr Tytus Chałubiński. Let us take a look at the wooden chapel at Jaszczurówka, surrounded by scenially towering spruce. It would then come as no suprise why Stanisław Witkiewicz was so besotted by an unique character of wooden highlander architecture.

Experience Zakopane which is still the hub of our world! 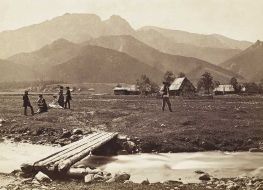 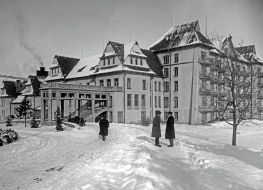 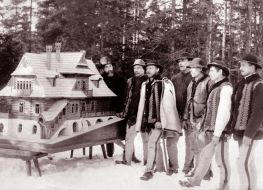 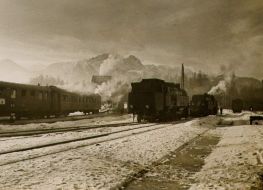 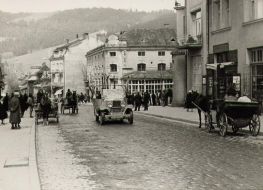 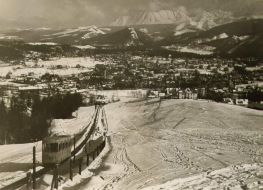 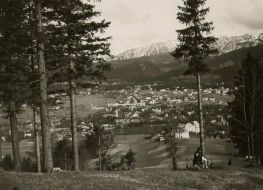 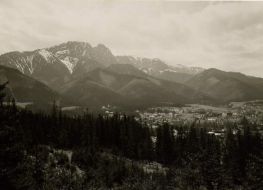 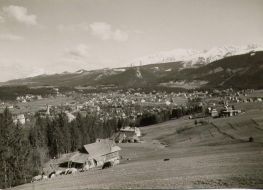 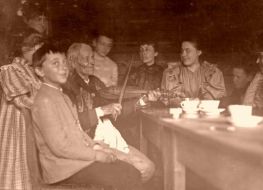