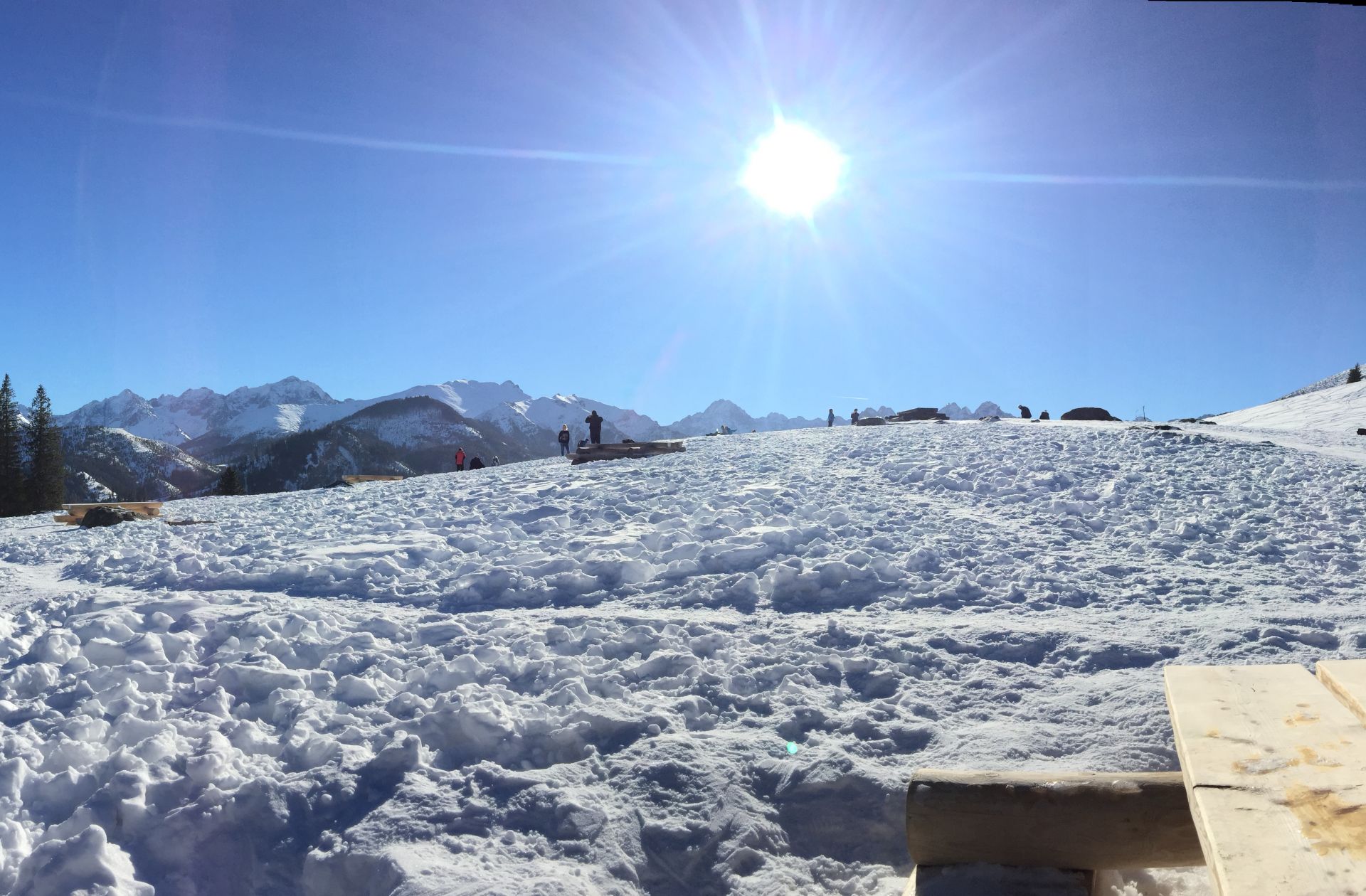 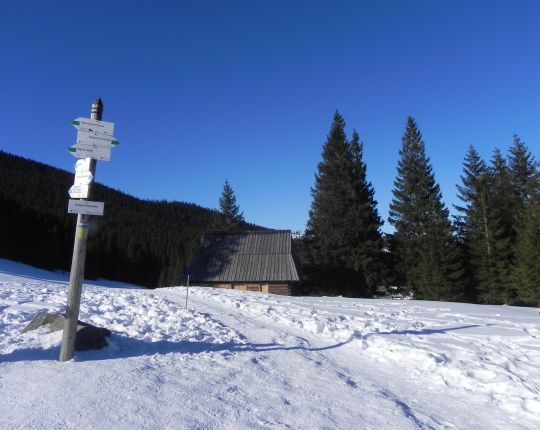 We begin our trip on Wierch Poroniec (also pronounced Wierchporoniec). There is a small, paid parking lot and a TPN entry ticket booth. From 1 st november to april 14 th entry is free of pay.

Only on start, our trail will go a little bit up, just to become nearly flat after couple of minutes. Great view of Magura Spiska, Bielskie Tatra and High Tatra accompanies us on the left side. A comfortable path leads us mostly by forest. After circa one hour of calm march or skitour we get to Rusinowa Clearing, where a wide panorama of High Tatra (mostly Slovak) and Bielskie Tatra unfolds. This is a very popular place for tourists, gladly visited. There are wooden benches on the glade, on which we can take a rest as long as it is not covered by snow. Even in winter season, we can get from Rusinowa Clearing to other places (for example Gęsia Szyja), but we must bear in mind that less popular trails might be covered after large snowfalls.

After blue signs we head towards Witkorówki chapel. We leave the clearing and go into spruce forest. We cross the bridge and face towards steep path, which might be covered by snow. Small, wooden temple perfectly fits its surroundings. It was built in 1930s, in a place which already had its history. It was told, that in year 1861, exactly here in Wiktorówki, Marysia Murzańska, a local shepherdess, had a vision of Holy Mother.

There are memorial boards dedicated to people that lost their life in mountains around the chapel. They form a sort of symbolic cementary. The temple is administered by Dominican fathers, who were entrusted in year 1957. From sanctuary region, a blue trail leads to Złota Valley exit (Zazadnia glade). We use it in winter season or go back to Wierch Poroniec (Wierzchporoniec), to the place where we began our journey.