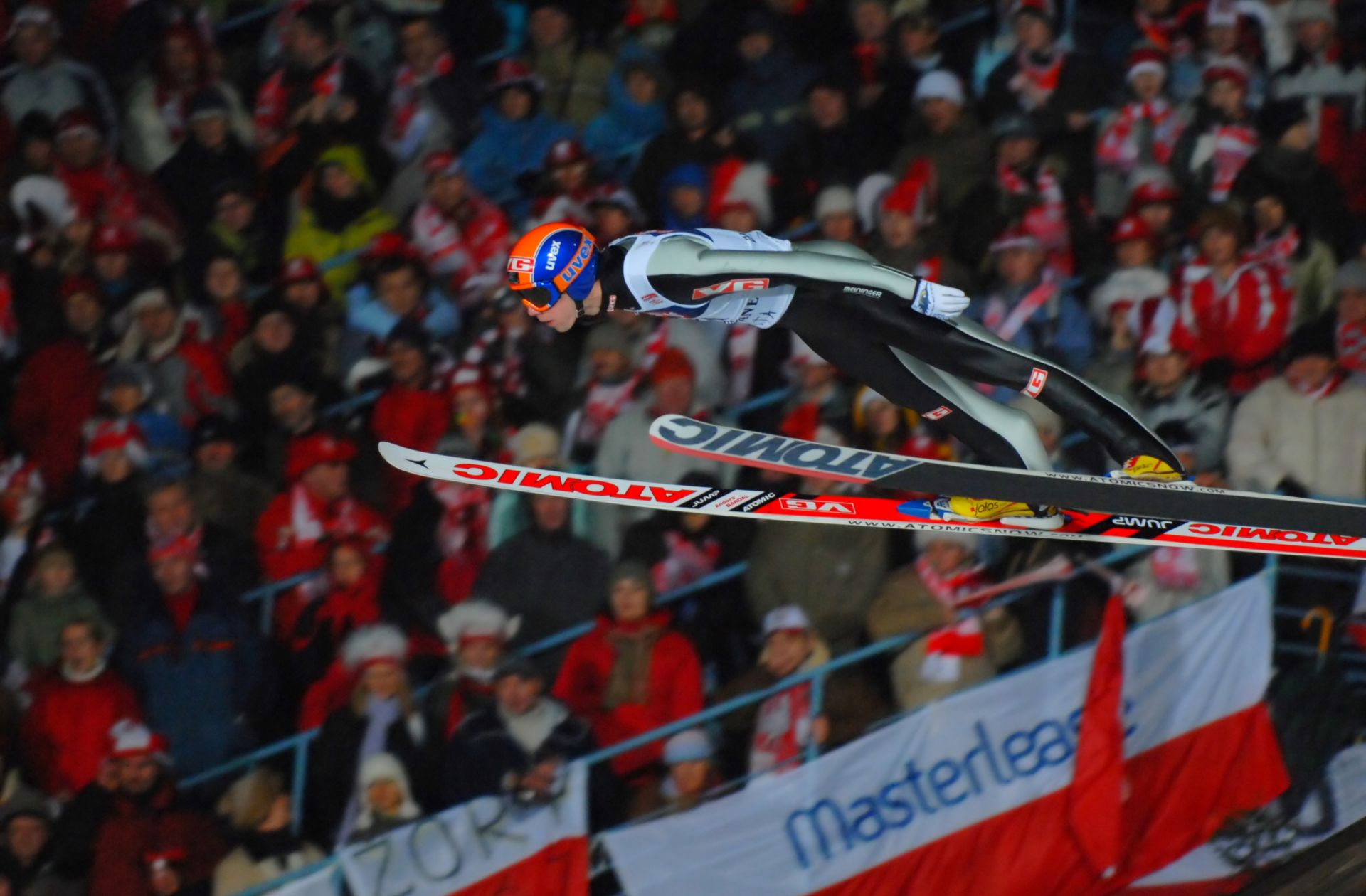 The FIS Ski Jumping World Cup is the most famous international sports event that takes place every year in Zakopane. For the first time the World Cup took place in our city in 1980.

During the first two-day competitionin the history of the two-day, the competition at Średnia Krokiew Krokwi was won by the ski jumper of the Zakopane "Legia", the late Olympian - Stanisław Bobak. A day later, the Great Krokiew was where another competitor jumped wonderfully - Piotr Fijas, later a coach in the ski jumping team. At the next cup competition Zakopane waited for 10 years, when the next World Cup was held only in 1990. After a six-year break, the ski jumping competition came to the Wielka Krokwia in 1996, and since 1998 they have been taking part in Zakopane regularly.