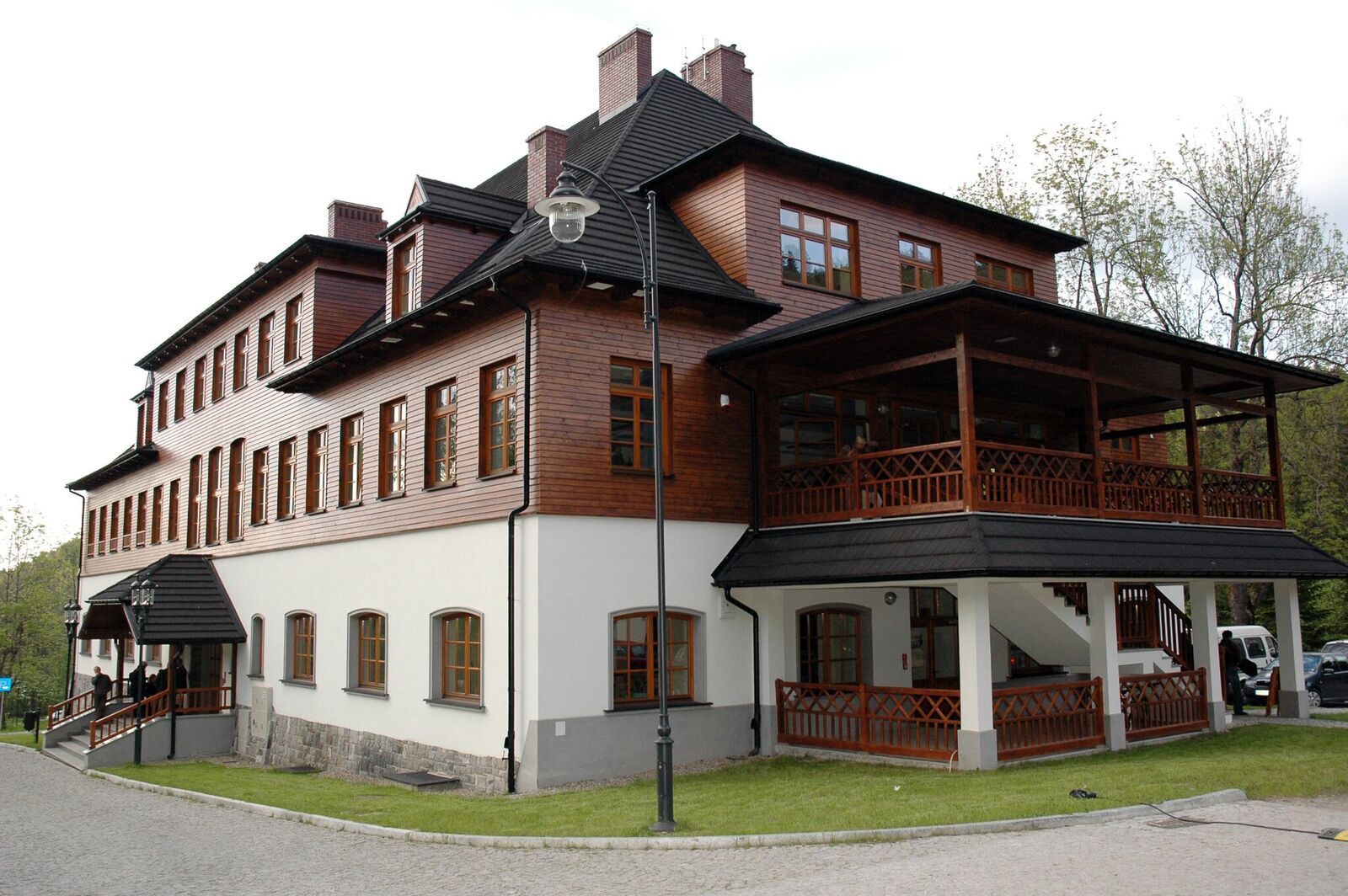 The road to the hear of the Tatra National Park runs through Kuźnice, which many tourists visiting Zakopane and TPN remember as the place where the lower station of the cable car to Kasprowy Wierch is located. Kuźnice is part of Zakopane located in the northern part of the Bystra Valley in the Western Tatras, where the trails to Kalatówki, Kondratowa and Giewont, Kasprowy Wierch, and the Gąsienicowa Basin begin.

Kuźnice can boast a rich history, as it was mentioned as early as the 17th century. A metalworking centre was established here, most likely at the turn of the 17th and 18th centuries, as evidenced by references to Hamerski Foundry (ironworks) from the reign of Augustus II Sasa. Growing foundries brought profits and in the second half of the 18th century.Along with the Nowy Targ starosty, it was bought by the Karkow Podstoli Franciszek Rychter Pelikańczyk, and then in 1773 the management of the Hamerski Foundry was assumed by the Austrian occupiers, who decided to expand industry in the Tatras. However, due to the depletion of iron ore deposits, in 1791 the production of pig iron was discontinued. Kuźnice passed into private hands and changed owners until it was bought by Hungarian Jan Wincenty Homolacs, who initiated the development of Kuźnica as an industrial centre.

Thanks to the discovery of new iron ore deposits, Jan’s son Emanuel extended the foundries; however, he was limited by a lack of fuel for the furnaces. In 1824, the Austrians decided to sell the Nowy Targ district, which was divided into four parts. Emanuel Homolacs bought two parts - Zakopane and Białczany. In 1833, the Homolacs (Edward, Emanuel’s nephew, and his wife Klementyna) settled in a manor house built in Kuźnice. The prosperous foundries become one of the largest industrial centres in this part of Europe at that time. Thanks to this, the Homolacs could also apply themselves in other fields, and so the manor in Kuźnice began to play a role in culture. The prominent personalities who came to the Tatra Mountains stopped in Kuźnice. In the mid-19th century, a garden was built in front of the manor house, in which a fountain was built, elements of which have been preserved to this day. At the beginning of the second half of the 19th century in Kuźnice, Edward Homolacs began to assemble a natural collection with the help of Antoni Kocyan, a forester at Homolacs estate, who complemented the collections (the collection can be viewed in Kuźnice in the restored coach house).

The sale of the estate in 1870 marked the beginning of Kuźnice’s downfall as an industrial centre. Auctioned goods fell into the hands of Count Władysław Zamoyski. At the end of the 19th century, the Women’s Home Industry School, run by Kurzycki's mother, Jadwiga Zamoyska (nee Działyńska), was transferred to Kuźnice. In connection with the school's aspirations for self-sufficiency, flower, fruit, and vegetable gardens were established in Kuźnice. Count Zamoyski transferred the estate for social purposes by establishing the Kórnik Works Foundation, which due to poor management fell into financial trouble and, as a result, was partially sold. The school was converted into a Junior High School and an Economics High School, which was closed in 1948.
In the years 1951-2003, the former manor area functioned as a hospital complex, administered by the Specialist Rehabilitation and Orthopaedic Centre for Children and Youth, which in 1997 was transformed into the Children’s and Youth Orthopaedics and Rehabilitation Clinic in Zakopane, part of Jagiellonian University’s college of medicine. The facilities, then in poor condition, were transferred in 2003 to the Tatra National Park under the Nature Conservation Act.

Thanks to EU funds from the Integrated Regional Development Operational Program, the manor and park complex located in Kuźnice was revitalised. As part of the work, the 19th century granary was adapted as a temporary exhibition room, and the coach house was adapted to house the Kuźnice history museum; rebuilding the foundations of the Homolacs manor; renovation of the nineteenth century manor houses and restoration of gardens and parks. Work was carried out in 2006-2008. The restored park includes roads and paths with lighting, and a fountain from the Homolacs time.