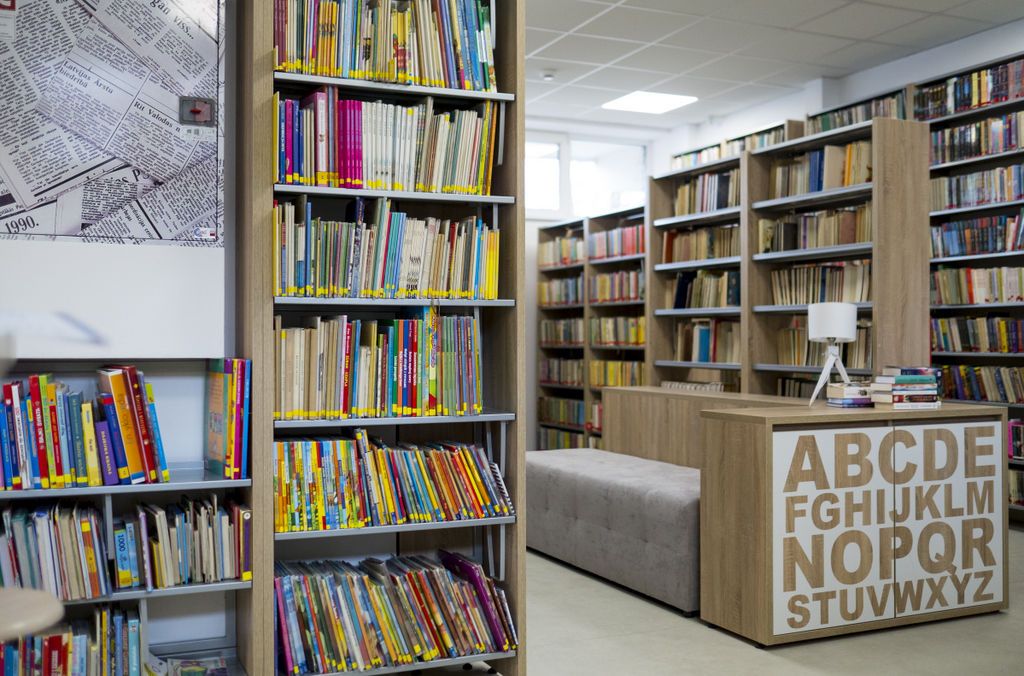 Zakopane played very important role in polish librarianship and history of reading. The course of political events made Galitia far more autonomous than other regions of divided nation, which suffered from many forms of national oppression.

The first library in Zakopane was created in 1875 by the initiative of Tatra Society. This library, while holding 2400 volumes, burned down during the Tatra Station's wooden building fire on january 21, 1900.

Members of People's Educational Society organized People's Reading Room in Zakopane. Its ceremonial opening was held on june 26, 1887. Maria and Brosław Dembowski became its curators. After Bronisław Dembowski's death in 1893, the Reading Room ceased its activity.

In years 1887-1908 the Zakopane Climate Station Reading Room was active. At the end of 1908, the Reading Room was connected with Public Library. People's School Society in Zakopane, established on august 16, 1894, was indeed a valuable asset for Podhale readership. From its initiative, both Adam Mickiewicz's Reading Room in Zakopane and book rental in Poronin were deployed. At the beginning of 20 th century, People's School Society created many book rental points in surrounding villages.

The day of january 11, 1900 was when Zakopane Reading Room was formally created. At its birth, the Reading Room counted 80 members, had over 200 volumes and subscribed for 40 journals. It was located at Józef Słowik's house by the Zamoyskiego street, and was moved inside Polanka villa in may 1900.

The society was run by Management. Being a member of Management was voluntary. The first chairman was dr M. Hawranek (1866 – 1901). After his death the function was assigned to prof. Piotr Chmielewski (1848 – 1904). Chmielowski strived to develop Reading Room as workspace for writers. He actively participated in Zakopane cultural life, giving lectures about modern polish literature in Reading Room's halls. On january 1, 1902, he organized the first fine arts exhibition in Zakopane. After his death the idea of transforming Reading Room to Public Library has emerged. It was Dionizy Bek's (1865 - 1907) initiative. He was supported by dr Marcin Woyczyński (1870 – 1938) and Stefan Żeromski (1864 – 1925), who was in Zakopane that time. The Public Library Society has been formed and statute elaboration was proceeded. Statute was approved by Vicarity on 15 august, 1904. After the Library was formed, Stefan Żeromski became its chairman and voluntary librarian. He donated couple of chests with his own books to Library. He organized public readings, poetic evenings and dancing events to get additional founds. After leaving Zakopane in 1905, Żeromski still cared about Library. On dr Józef Żychoń's request, he wrote introduction to Library's activity report of 1912. In 1914 he became acting chairman and continued till the end of War. The Library certainly appreciated its leader. In 1914 Żeromski became its honorary member, and since 1965 it bears his name as a patron.

In 1905 the Library has taken care of Zakopane Polish Socialist Party's socio-political book repository. This collection is connected with Franciszek Ksawery Prauss' (1874 – 1925) activity in Zakopane.

The first years in independent Poland were difficult and had not favored the Library. Postwar crisis impoverished intelligence, and intellectuals were always a support for Zakopane athenaeum. Whole interwar period for Library was connected with the figure of Jerzy Gawliński (1878 – 1951). Gawliński finished librarian-administrative course in year 1905. He began working as librarian in People's Universities Society Library in Cracov. From 1912 he was affiliated with Zakopane place and for 27 years was a member of its Council, first as secretary and then as a librarian.

Because of Tatra Society's reorganization, the Library had to give away its bigger space and relocate the whole book repository to smaller premises. When this happened, the possibility of maintaining the reading room, arranging lectures and conferences was diminished. The collection, however, still grew systemathicaly. In 1922 it counted 13 358 volumes, in 1929 – 17 058, in year 1934 – 18 000. The collection consisted of scientific monographies, and only 1/3 was literary fiction. Lacking new titles, it lost its readers and Society's finances became harsh. And so, the athenaeum was signed for liquidation. Only thanks to Gawliński's determination the Library could survive. Tourism, on the other hand, contributed to readers growth in years 1934-1939 and this allowed more additional founding sources.

On 11 november 1939 the occupational authorities arrived in the Library. In spring 1940 the book repository was again relocated to the building next to Krupówki 41a street.

After the war, as early as in half of february 1945, proceed to Public Library organization. Antoni Olcha (1914 – 1978) becane the first chairman, who with the help from Gawliński arranged the collection. At the end of february 1945, the Library started its activity. As for the "Library decreet" document from 1946, many local libraries were merged into sections and branches of one, public system. This helped in organization of many finantial, local and personel affairs.

In the year 1951 Zakopane became a district, and the Library's reach has expanded. After the adminitrastive reformation in 1994, Public Library gained function of Tatra County Library. Thus the organization of public library network became connected with national administration. Municipal Public Library, with 14 other local libraries create a general net of institutions in county. The book collection was digitalised. In the times when quick access to information is crucial, the library must become rich and modern. The user can search the most interesting books in on-line catalogue.