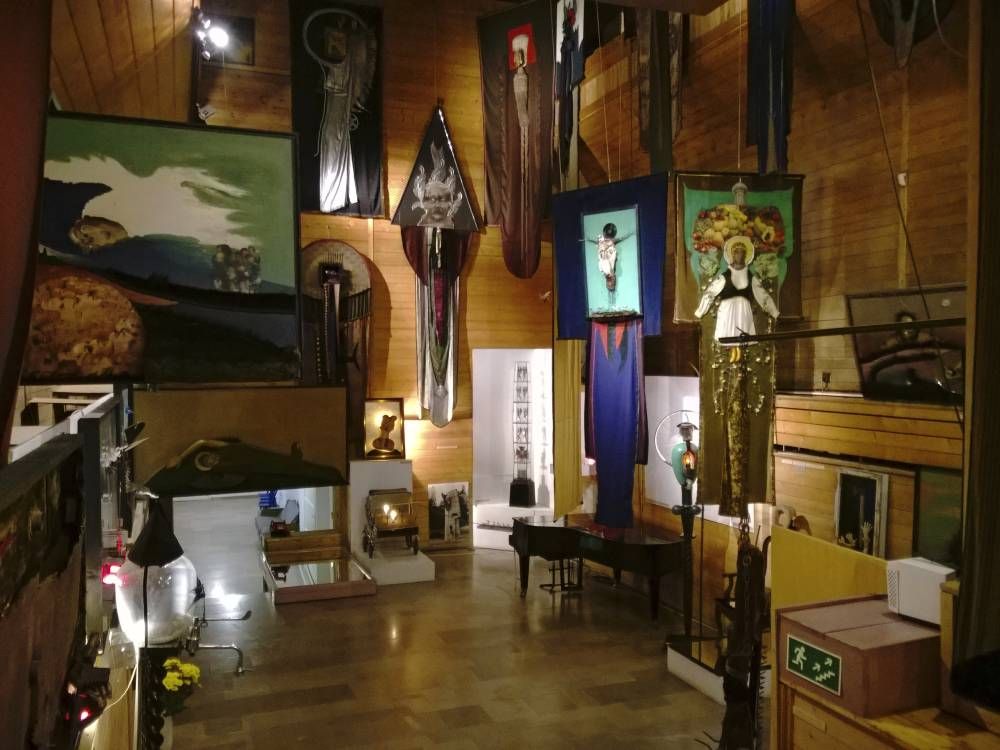 This is the official gallery of Władysław Hasior. Born in 1928 in Nowy Sącz, Hasior graduated State Highschool of Art Techniques in Zakopane in 1952, where he learned under the prominent teacher and artist, Antoni Kenar. He got diploma in Academy in Fine Arts in Warsaw under prof. Marian Wnuk in 1958. Year later, he worked in Ossip Zadkine's atelier in Paris. At this point he already was associated with State Highschool of Art Techniques in Zakopane, where he worked as a teacher of next generations of students.

From 1959 he participated in every regional Zakopane artist ehxibitions and Art School Complex painters performances. In 60s and 70s, Władysław Hasior showed his works on many national and foreign exhibitions. While travelling much, he visited Sweden, Norway, Denmark, Belgium, Holland, France, Italy, Austria, West Germany, Urugway and Argentina. In Zakopane he organized many art events like February Graphical Salons, March Painting Salons, Art Film Reviews. He's also an author of original monuments and outdoor sculptures. Fire, water and sounds are important components of those structures. He created Scandinavian Chariot sculpture in 1972 Sweden. He also worked in theater as stage designer.

His works were transported from small workshop to the gallery by Jagiellońska street in 1984. The gallery was located inside former resting site of "Warszawianka" sanatorium, built by Wacław Nowakowski in 1935. Wooden resting site had two floors, glazed from south. Thanks to this transformation, the multilevel ehibitional interiors were created, often used as concert halls and living rooms or atelier of Hasior. The Gallery was inaugurated in february 1985.

In Władysław Hasior Gallery many object found their place, like banners, spacial compositions, sculptures made from many materials, everyday items, often junk which gained new meanings in artists' hands. Bearing metaphoric, funny and contrary titles, they provoke reflection on modern world and art.

Władysław Hasior died in Zakopane on 14 th july 1999. During his life, the Gallery was a place of his meetings with arts. Many contemporary painters, sculpturers and photographers were present in its temporal exhibition sector.