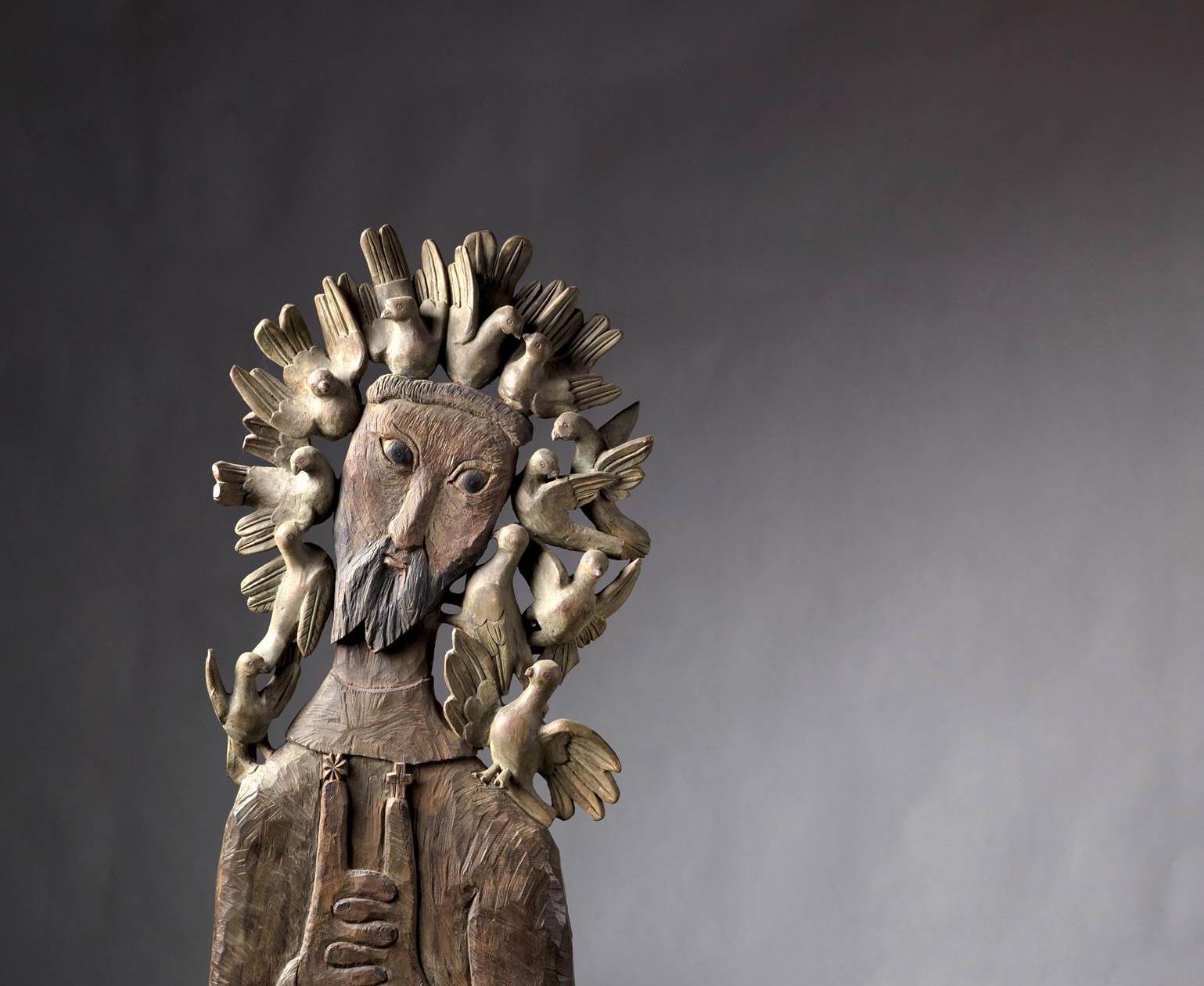 Official gallery of Antoni Rząsa (1919-1980) was built by himself near Bogdańskiego street. The exhibition area is active since 1976. Since 1981 it is led by the artist's son, Marcin Rząsa and Magda Ciszewska-Rząsa. Apart from permanent sculpture exhibition, the gallery is also open for temporal contemporary art display.

Antoni Rząsa – born february 26, 1919 in Futoma, Podkarpacie, at the base of Carpathians on Dynów Foothills, near Błażowa. From 16 th century, on this area, many wooden roman-catholic churches were built, surrounded by orthodox churches and synagogues like an island. Religious and practical woodcrafting was very common there. From 19 th century, this flourishing craftmanship was sprouting over whole region.

It was natural for Antoni Rząsa to study in Zakopane Wood Industry School in 1938. His learning was interrupted by the World War II though. He came back to Zakopane in 1948, where he met Antoni Kenar and started teaching in school while maintaining contact with Academy of Fine Arts in Warsaw. Hence he stayed in Zakopane for good.

He rarely went away, mostly to family town Futoma, sometimes for Warsaw exhibitions to meet modernity, but to Italy and Russia as well, for tradition. His workes travelled too, always suprising viewers with unconventional understanding of suffering, faith and humour. Crucified Christs or grieving Maries were as captivating with their gesticulation and ambiguity as in Maurice Béjart's avangarde ballet. The physical matter obeyed him well, and the poeople were curious about tragedies and hopes petrified in hands, arms, bodies and thorns. He became a legend, converting both priests and atheists. With his wife, Halina, and son Marcin, he built his house in 1974 in Zakopane, which was a Gallery, a Space Framed for Sculptures. He died on january 26 1980 leaving many places and people who are guardians of form, shapes, memories and art to this day.

Opening hours
During winter holidays and vacations from tuesday to sunday on 11.30 to 17.30
Off season open after phone consultation