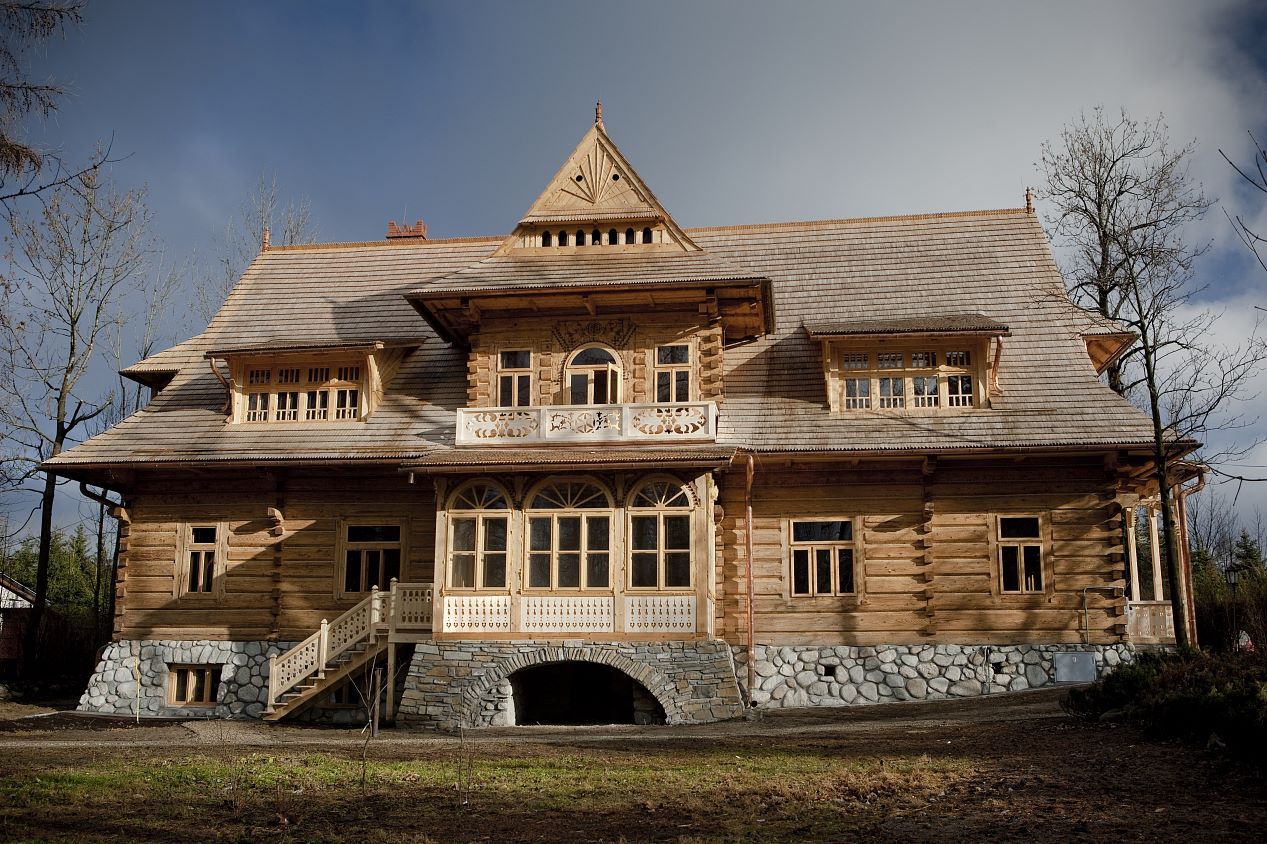 The Oksza's history is related to zakopane style's origins. This was the third project of Stanisław Witkiewicz, zakopane style creator. The blueprint was created for Bronisława and Wincenty Korwin-Kossakowski, as it's documented in their correnspondence with Witkiewicz, in years 1894-1895. The building was raised by local carpenters under the direction of Wojciech Roj and Jan Obrochta in years 1895-1896. Witkiewicz's sketches served as basis for main blueprints. The construction started on spring of 1895 and was finished on june 1896. The furniture was made by Kazimierz Sieczka, assigned by Kossakowski.

In 1899 the villa was bought by count Marcin Kęszycki who changed its name to "Oksza". It was a gift for 25 th wedding anniversary of the count and his wife, Helena. There is an inscription on one of the pine beams inside the ground floor room at the north side of the salon: R. P. 1899 d. 7 february there was an anniversary of Marin and Helena of Rey Kęszycki. No more than a year after this event, Marcin Kęszycki died and his widow remained in Oksza probably till World War I. In 1920 the villa was bought by "Odrodzenie" Association, started by Klara Jelska, which arranged "Home of Health for Youth" inside, after the renovation. In World War II period, the Household School was transfered to Oksza, and functioned there until 1945. After the World War II the building stored youth and children preventorium. In 1965 the structure was taken by Cracov Provintial Authorities which transformed it to holiday house. In 2006, by then marshal of Lesser Poland Voivodeship, Janusz Sepioł's initiative, Oksza was overtaken by Tatra Museum and was remade for expositional purposes. Conservation with conversion into 20 th Century Art Gallery was conducted in years 2008-2010 and founded by Operational Program of Lesser Poland Region for years 2007-2013.

In first half of 2011 the first exhibition inside the Gallery was arranged. Titled "Zakopane – peak of the world. Art under Giewont in years 1880-1939", it had its opening on 15 may of the same year. Scenario was prepared by Teresa Jabłońska and the exhibition was arranged by Marcin Rząsa.