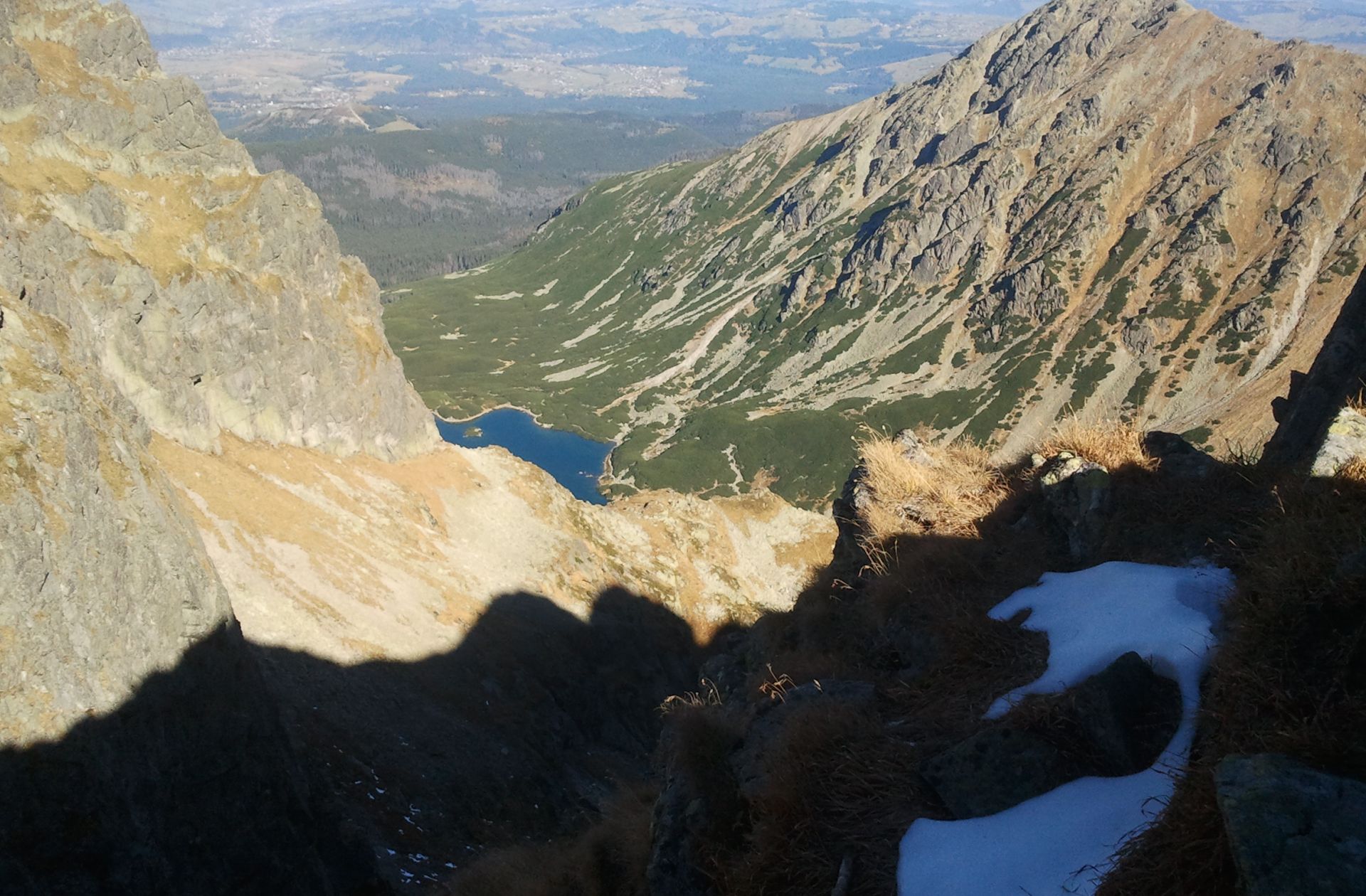 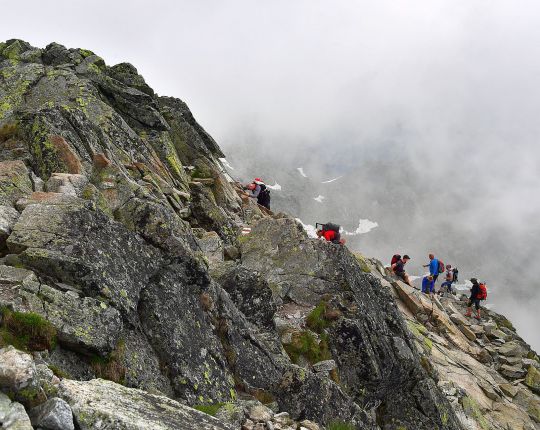 Orla Perć (Eagle's Path) is often considered as the most difficult trail in Tatra. Boldly routed near the ridge, it connects two passes: Zawrat and Krzyżne. In many places it was provided with chains, buckles and even ladders. Because of its highmountain character, it is recommended to experienced tourists, familiar with rocky, exposed terrain. We should be prepared for perceptive difficulties in bad weather and limited possibilities of canceling the trip on some sections. Travellers might be exposed to falling rock hazard.

Tourists who want to beat Orla Perć should be equipped with mandatory footwear, warm raincoats and helmets. While planning the trip, it should be taken into account that the trail on Zawrat-Kozi Wierch section is one-way. It's recommended to divide the track into segments, since one day run might turn out to be very demanding physically. For Orla Perć approach starting point it is best to choose Hala Gąsienicowa or Five Polish Ponds Valley shelter.

The following description give only approximate trail course and cannot replace guide content and detailed maps.

On Zawrat pass we turn east and go by the path with red markings. The first peak on our road is Mały Kozi Wierch. The trail leads us to northern side of the ridge. Honoratka gully traverse is a difficult point, where the chain might be covered by late snow. Up the uphill terrain we reach broad Zmarzła Pass to get towards Kozia Pass descent, while going under Zamarła Turnia's summit. Kozia Pass can be recognized by expositional ladder. From there we can go down either to Gąsienicowa Valley or Five Pond Valley. In both cased the trails are equipped with protection. If we want to go further into Orla Perć, we descend slightly to the Five Polish Pond Valley side, to turn left after short while and exit by steep terrain with facilities to broad ledges above Kozia Pass. From there, still staying close to northern side, we arrive at Zmarłych Czub ridge. Still by a very steep, chain-equipped trail we are brought on Kozia Przełęcz Wyżna's saddle, where, through steep, rocky walls we guide ourselves towards the peak of Kozi Wierch. This is where the difficulties decrease. At first, Orla Perć goes down towards Five Polish Ponds Valley. The black trail appears here and we can return to the shelter by its lead. Red markings guide us further along the ridge to end at small pass above Buczynowa Valley. Next, the trail goes sharply down along Żleb Kulczyńskiego, facing Kozia Dolinka. After several dozen meters it turns right and by abrupt, exposed chimney, leads out to easier terrain (we can go to the bottom of the valley with black trail on gully, but we must remember that lower part is steep, exposed and can cause trouble in bad weather).

After couple of minutes we reach the summit of Zadni Granat by easy, slightly ascending path. Right before it, the yellow trail branches, yielding accessible descent to Kozia Dolinka. We beat three tops of Granaty precisely on ridge. Difficulties increase once again, but the trail is equipped with chains. There is a possibility on Skrajny Granat to go down the yellow trail right on Black Pond Gąsienicowy (chains). Following Orla Perć, however, we go down by hilly terrain on Granacka Pass' saddle, to go back to the ridge by Orle Turniczki traverse. It's also a difficult part, with protective chains provided. Further, slightly going down, once on one side, once on the other side of the ridge, we overcome small walls with chains, to reach Buczynowa Turnia slope after several minutes. Here the difficulties decrease again, and by more comfortable path we arrive at Krzyżne pass. From there we can go down to Gąsienicowa Hall or to Five Polish Ponds Valley.